Excuse me while I swipe the sky! 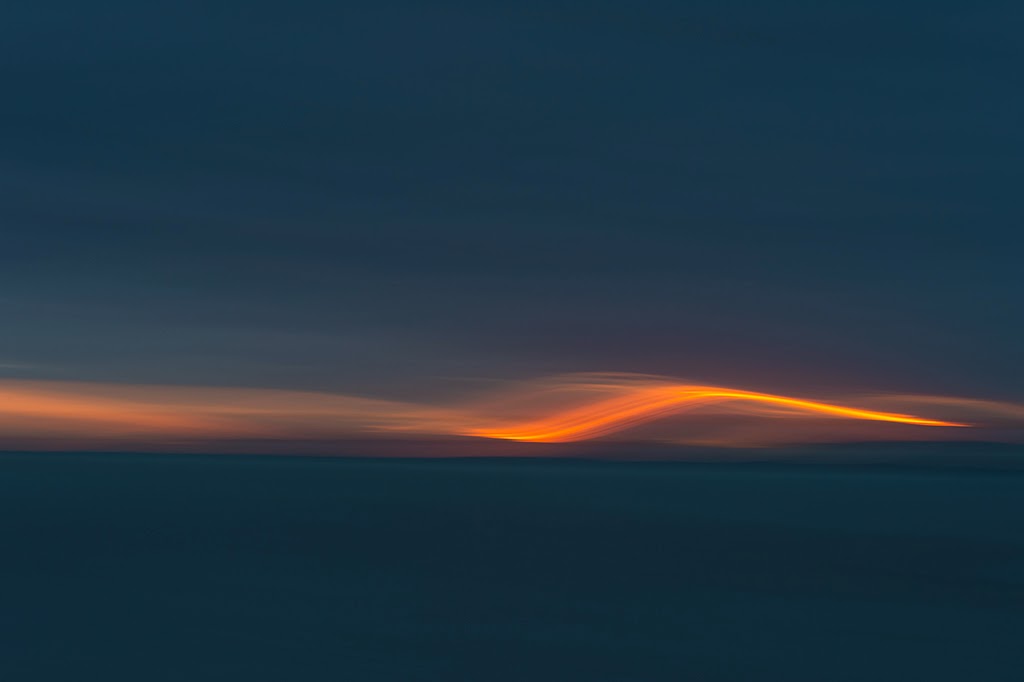 Sunday I spent the day with a fellow photographer and friend Annette Conniff, rambling through Maryland shooting ice, snow and winter scenes. We planned to end the day on Kent Island hoping for a beautiful sunset on the icy Chesapeake Bay. As we stood out in the 15 degree afternoon watching the sky, we had hopes of the sunset we envisioned, as a bank of clouds moved in, but they moved in too fast and too heavy for the kind of sunset we had envisioned. As the sun was just about to set, it broke through on the horizon. So I made a traditional sunset shot, shooting at f-22 to catch a star burst. Then I went into swipe mode....and had some real fun creating the following abstract images moving the camera from left to right across the horizon as the exposure was in progress. 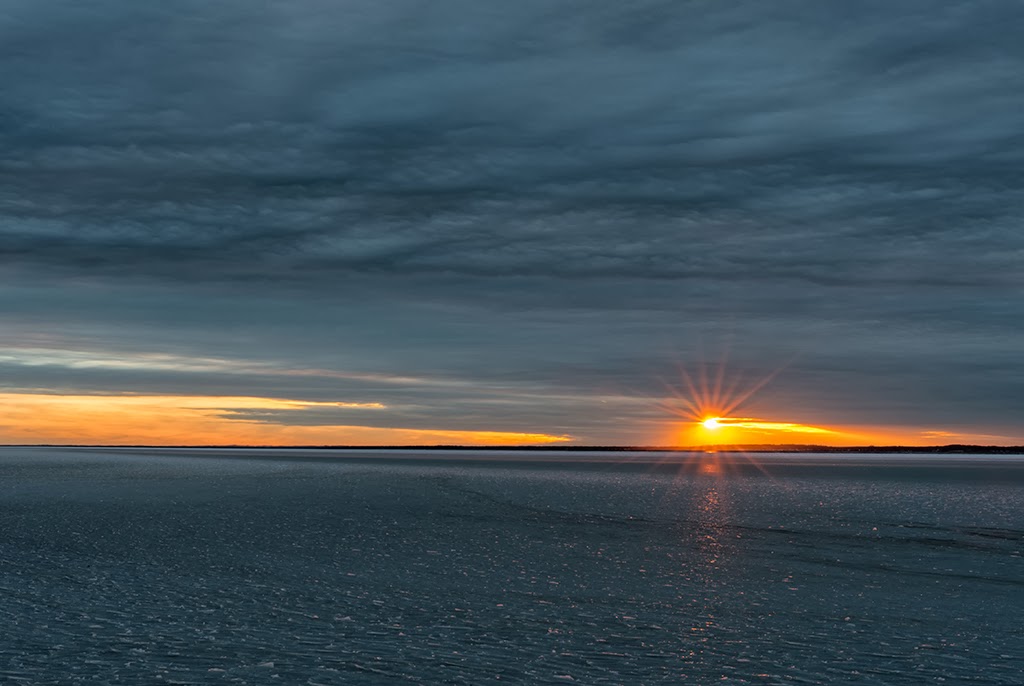 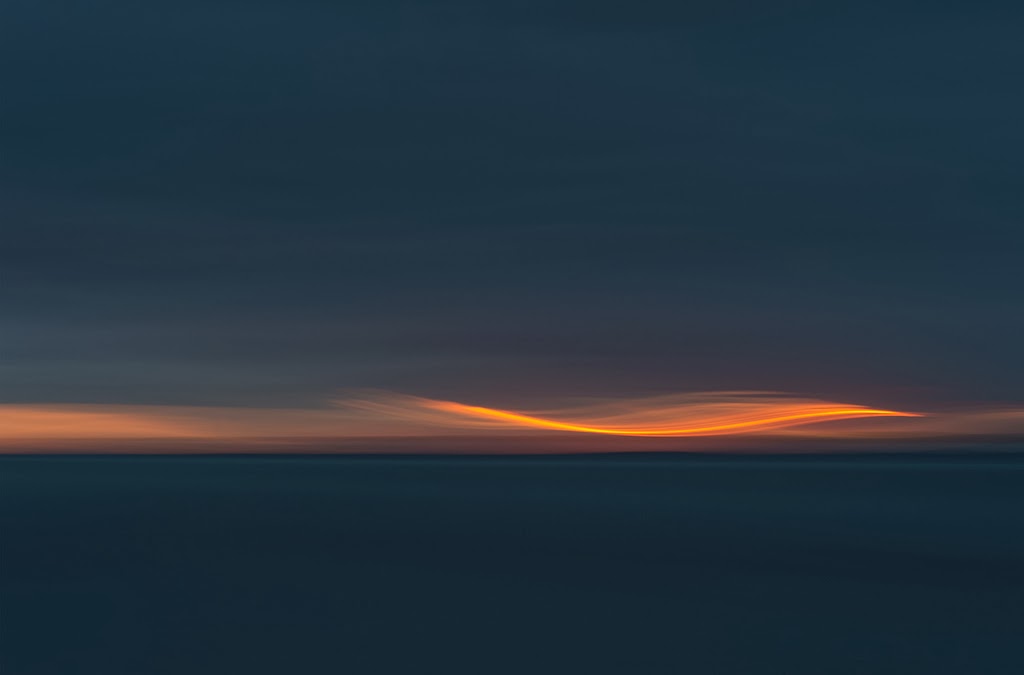 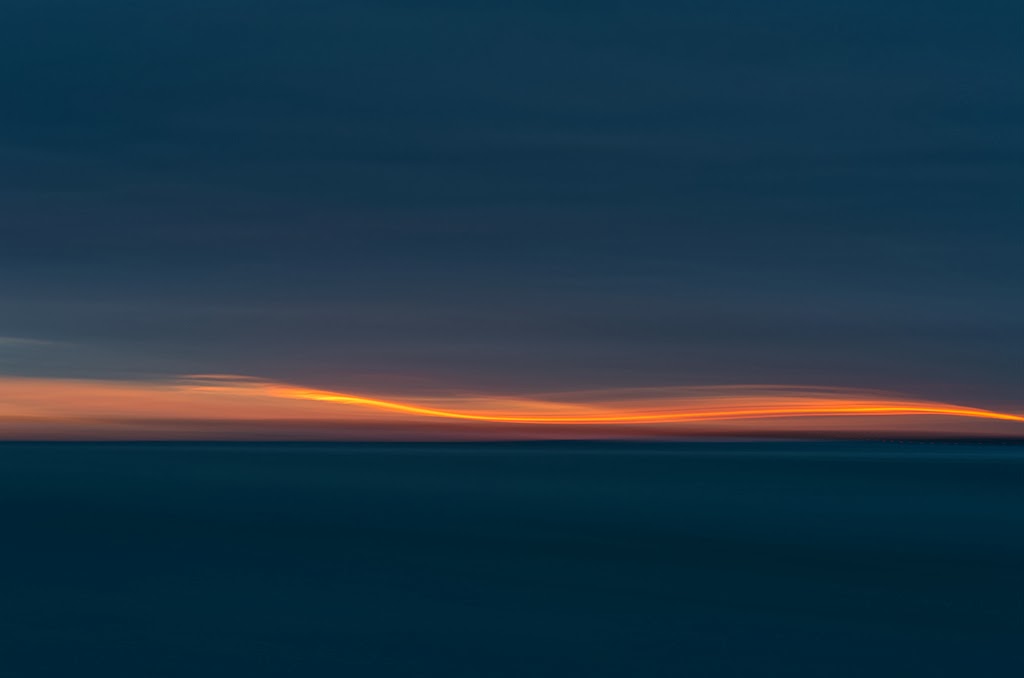 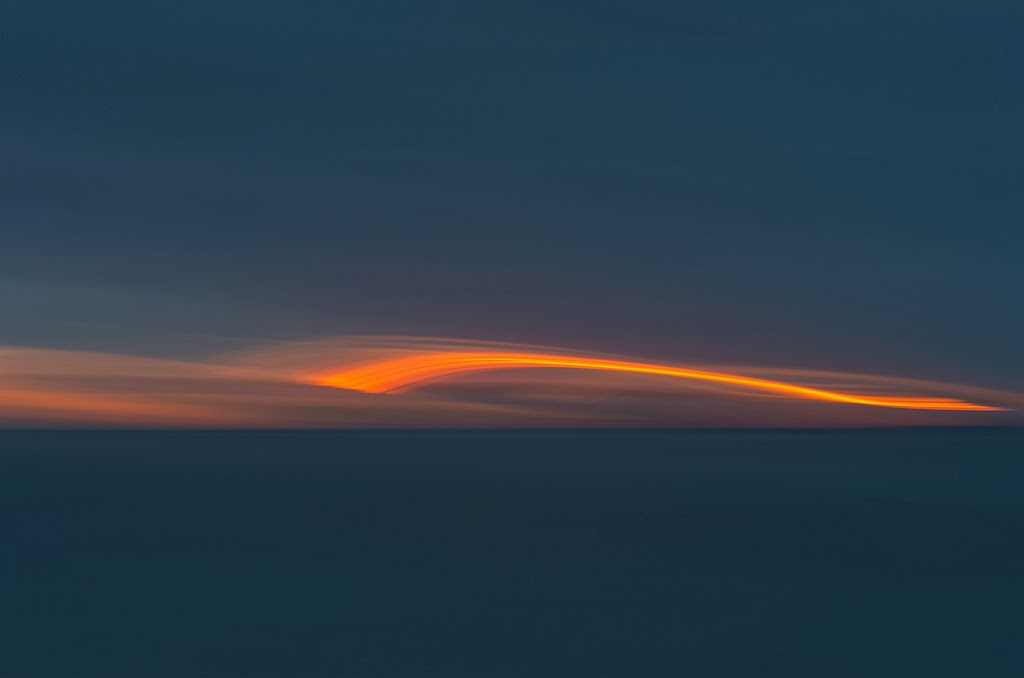 Email ThisBlogThis!Share to TwitterShare to FacebookShare to Pinterest
Labels: Swipes 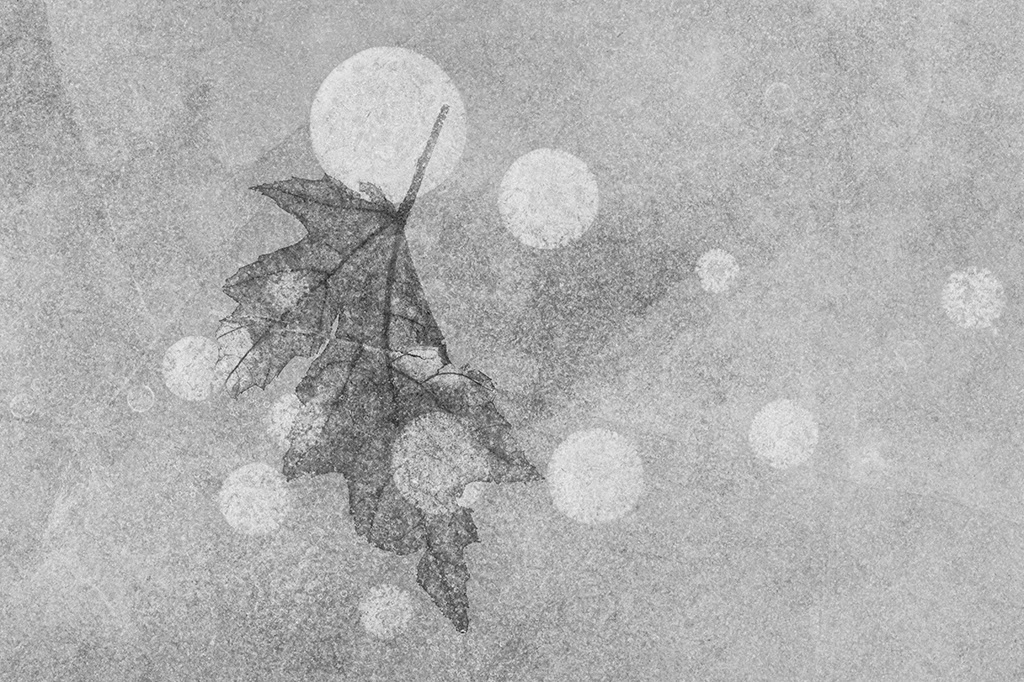 The Polar Vortex created a few photo ops in our area with ice. The freeze only lasted a couple days, but long enough to freeze over a few local ponds. Snow the week before filled the shallow swale, then we had an overnight rain, and then the deep freeze. Normally the waters are clear when the freeze occurs, but the snow on the bottom of the shallow pond, created a whiter background, than normal. Usually lots of leaves are floating frozen but I think the snow also covered them. The few leaves that were frozen near the surface probably blew into the swale as the freeze was occurring. I used a 200 mm macro pointed straight down at the ice on my tripod and set the shooting menu to multiple exposure,varying the number of shots and camera position on each image. I enjoyed a few of the results and converted them to monochrome in Nik SIlver Efex Pro2. 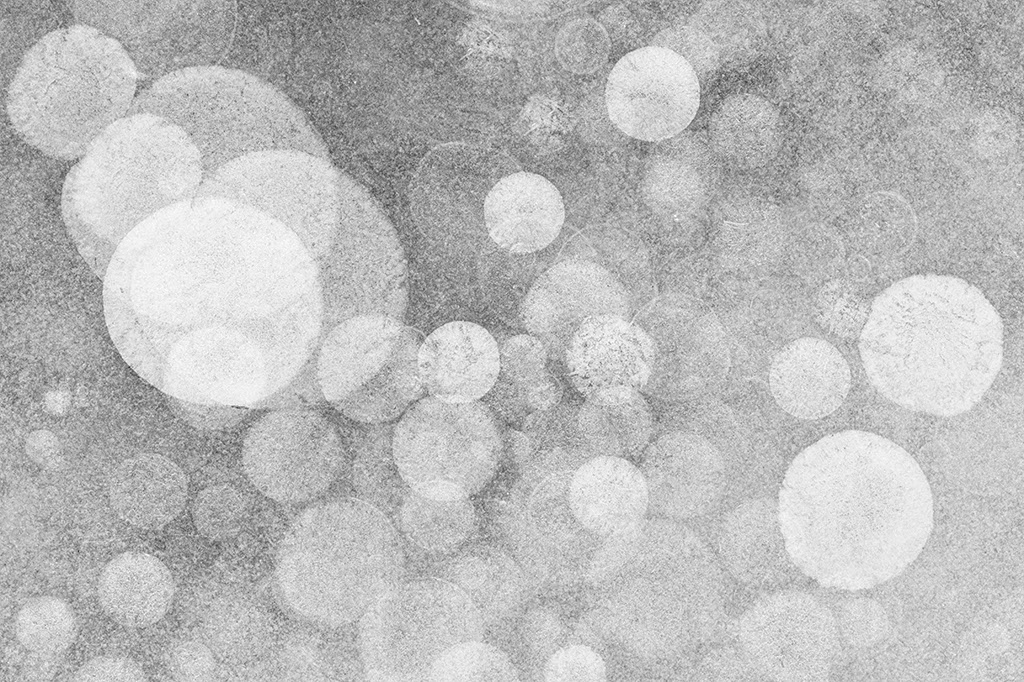 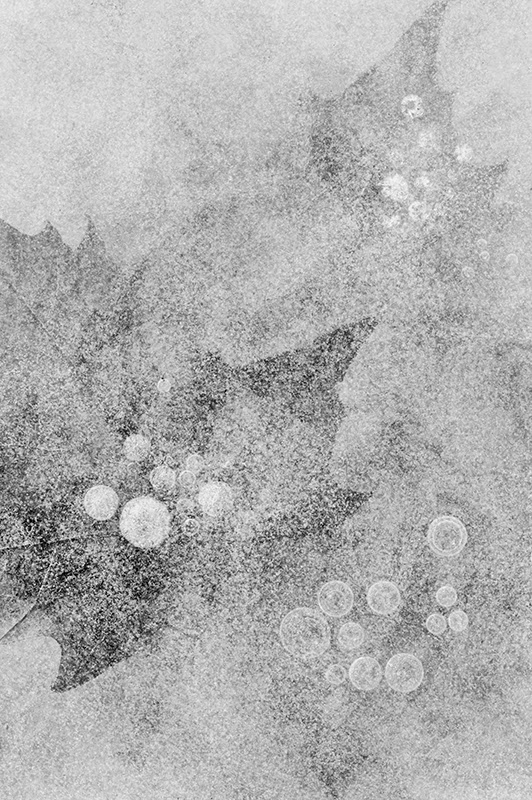 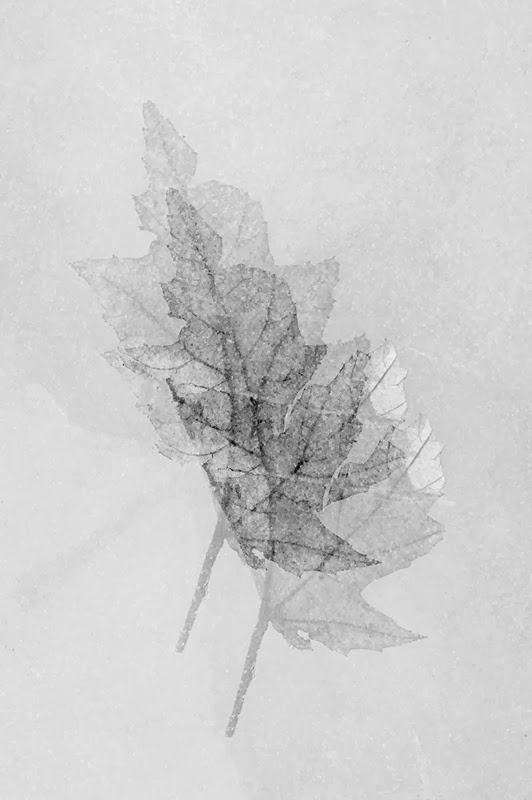 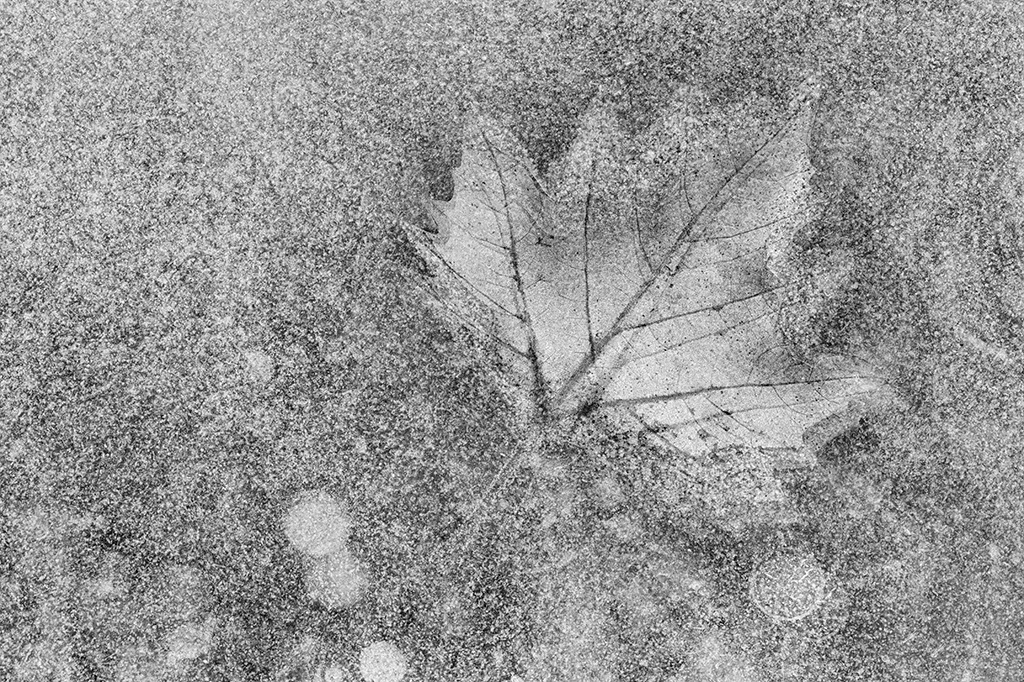