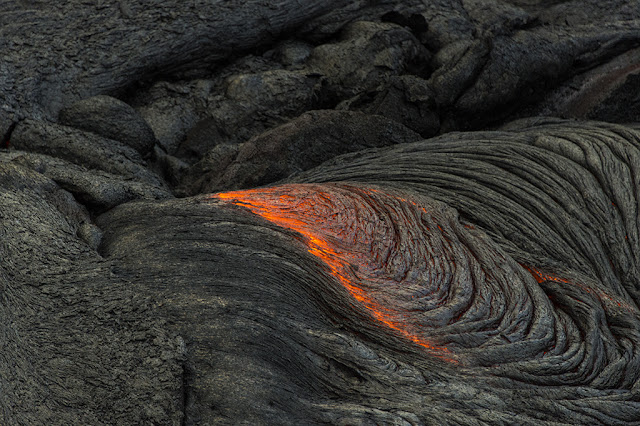 When I planned my trip to Hawaii, I also planned a trip to the big island to photograph the volcano field in an open door helicopter. I must say it was an absolute blast. I met Bruce Omori who owns and operates the Extreme Exposure Gallery in Hilo,  Ryan, our pilot and Mick Kalber a videographer who owns and operates Tropical Visions Video, at dawn where Paradise Helicopters keeps their fleet in a hangar near the Hilo Airport. It was grey, windy and it had been raining overnight but we decided to fly. Bruce said he likes it best with those conditions. The rain causes steam and saturation. I could not wait to get in the air watching as Ryan took the doors off and dawn broke into day. After a few short instructions we all got in the helicopter and Ryan took off.
I decided to shoot with my 28-300 lens on my D4, as we were only going to be flying for an hour and I did not want to even think about carry two bodies or changing lenses, so this lens selection gave me both choices of wide angle or telephoto, for maximum capture opportunity. Bruce suggested shooting in shutter speed mode at 1/1250. I also set my shooting mode to Continuous high. I set my lens to minimize vibration in active mode, the VR mode Nikon suggests for times when you are hand holding in moving vehicles like trains, cars and well Helicopters I assume! I loaded in a 16 gig XQD card backed up with a CF and I used both of them. At times when we were hovering over a vent I could feel the heat from the earth. It was so cool! or should I say hot! These shots were a few of my favorites from this very special morning shooting! The textures of hot lava and the flows were amazing to see in this foreign to me landscape. I hope to be able to make this trip again!! I can see how shooting this natural earth phenomenon can be addictive!! 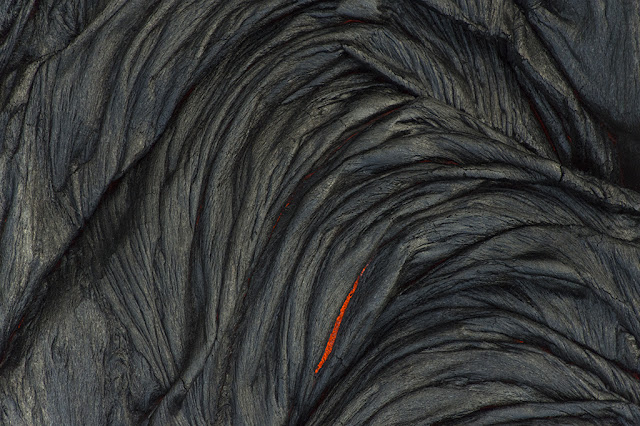 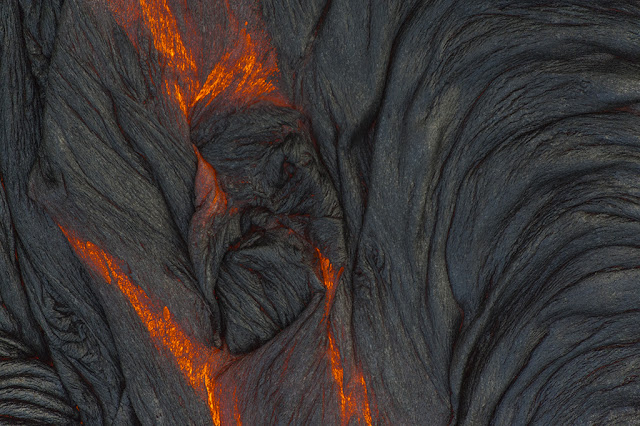 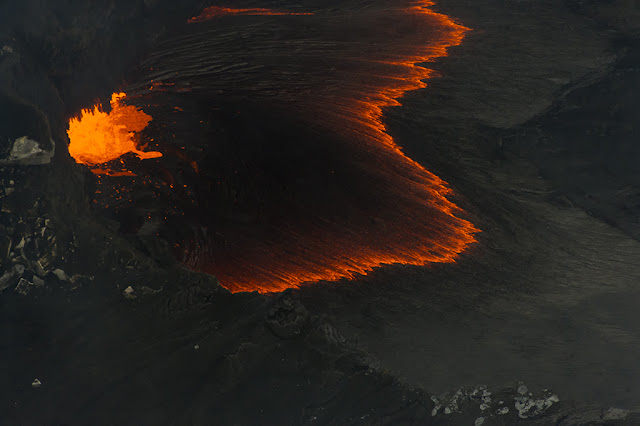