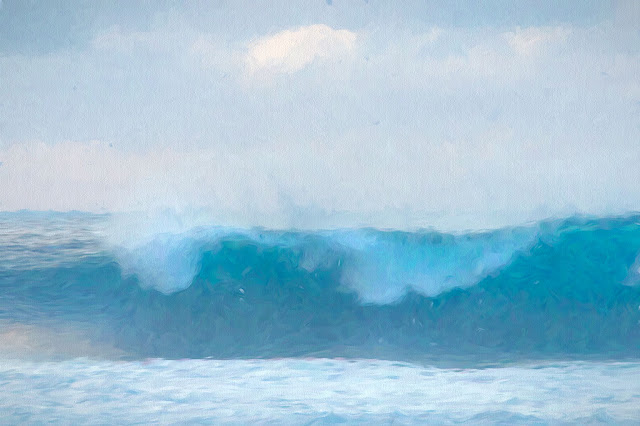 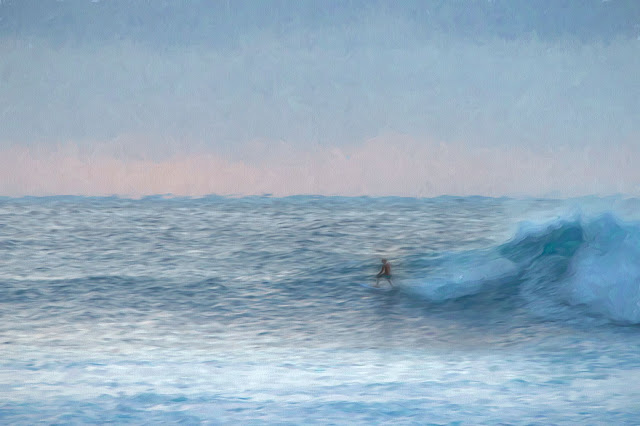 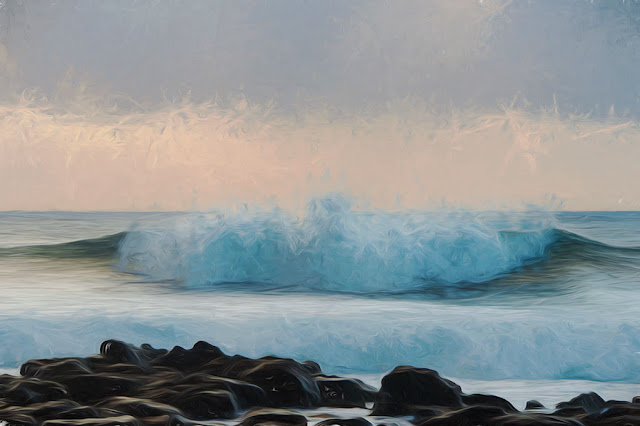 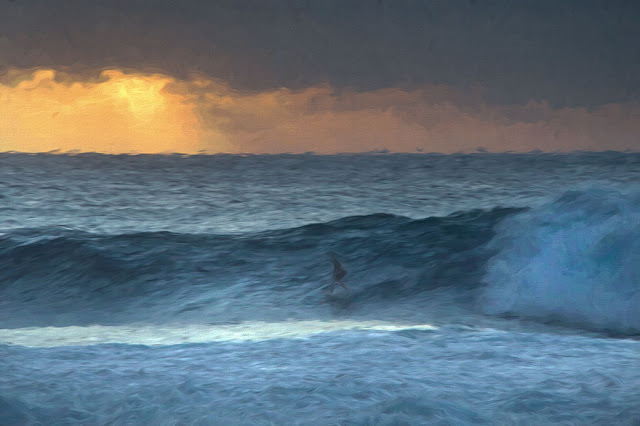 Well I have been here 12 days now and have nothing but good things to say! Time flies by though! The first week, after settling into the condo, I enjoyed a day trip to photograph sponsored by Oahu Photography Tours, owned by Alex Wilson. They did a good job getting to good spots and the driver/tour guide was most pleasant.
Yesterday I drove around the island myself exploring places. I had a plan but ended up just rambling, as I often do....turn left, turn right follow your nose kinda ramble. I actually ate a Teddy Burger for lunch and I don't eat red meat but I just had to try one. It was great; Teriyaki Burger with Pineapple! (I won't have another because I am not a red meat eater anymore, but it was good! A rare indulgence!) The high light of my day was hitting the North Shore just before sunset. If you follow me you know I am a beach girl! I love the sea! When I saw those beautiful BIG aqua waves, well lets just say I was in heaven. I could watch waves forever and I mean that! Each one is different and such an amazing creation of energy and beauty! I found a cool little spot to park and put on the 28-300...cheap, slow lens but the longest one I had with  me, it was low light, the surfers back lit and I wanted a fast shutter ugh!!! Hand holding High ISO...ugh...tough situation but I managed a few keepers after taking some noise out of them with Nik Define 2. I will have to go back to that spot! When I arrived there were two surfers in the water doing their thing...I mean really surfing big waves at sunset...hellooooo.....bliss! Well I was there too. It was a blast for me just to watch and try to get some shots..
This morning I played with a few more images from last nights shoot using Topaz Impression...and I think they capture the essence of the scene and action.