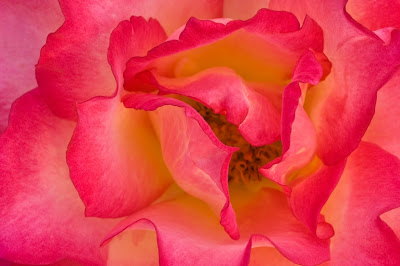 Today I spent the entire day, looking at images from July 2007, for consideration in an article submission to Nature Photographer for the Summer Edition.
I think I have both the article and images set. I decided to use the first group of raw file images from last summer at Brookside Gardens.

Its an article on Macro, and yes raw matters, after reviewing other images I wanted to include in the fine jpg format just didn't cut it.

Tomorrow I will finalize that project and get it packaged ready to send off in a week.
at 10:00 PM No comments: 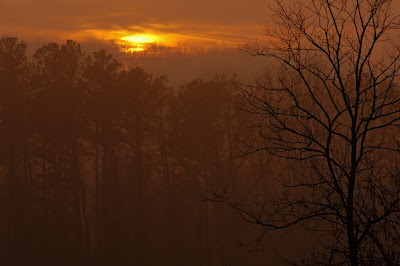 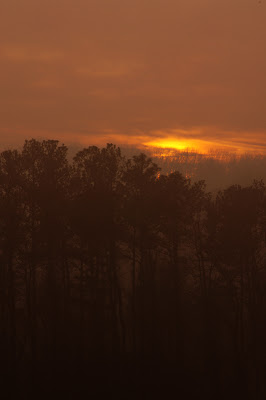 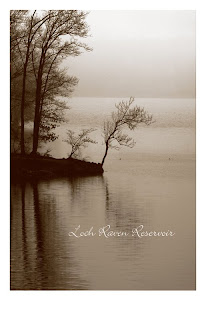 Well some days are just a photo bust. It seemed like an opportunity day, since there was a good layer of fog in the area, but the back roads in Baltimore and Harford County lack good shoulders for pulling off when a pair of deer appear on the horizon of a misty field in the fog or great rounds of hay bales lay shrouded in the fields and old weathered barns dissapear into the landscape.....so I just enjoyed driving the scenic roads.

As dusk was drawing near the light broke over the bridge on Dulaney Valley Road over the reservoir, and by the time I parked and got my gear out the light was gone, but I persisted since I had not made one shot all day.

I processed the Loch Raven shot as a duotone and applied a title in the lower right of the image. Often leaving some space for titles will generate a good image for a cover of a magazine or book jacket or card.


Then as I was driving home the sun began to break out just above the foggy tree tops and once more I decided to get that shot, since the day had not been very productive.
So much for a photo op day!
at 7:35 PM No comments: 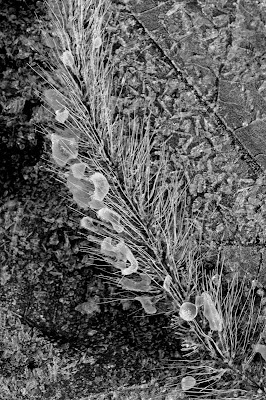 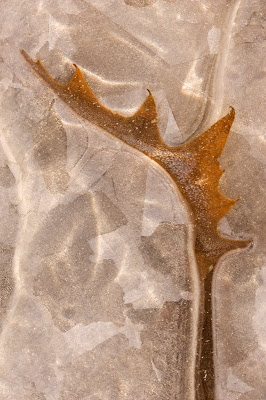 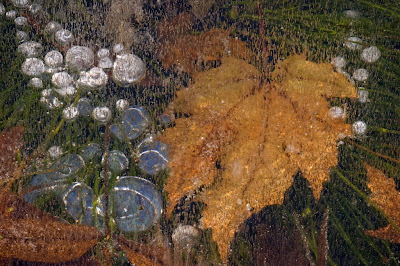 In search of ice...
along the Susquehanna river bed, however the river was running high so my friend Steve and I searched for some skim ice in the ponds near by. The ice in the pond had become thick enough to stand on and compose images. All of these were captured with a 200mm macro. After shooting the ice, I noticed some frost remaining in a ditch and captured the frosted fox tail grass on the frosted leaf.