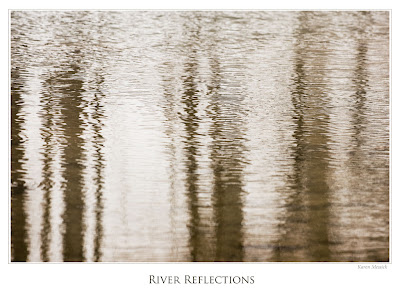 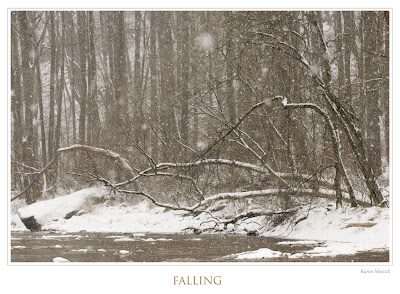 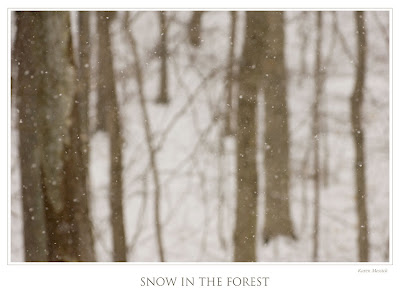 Well it wasn't the 10 inches the forecast predicted but it was enough to once again paint the landscape with a coat of fresh snow. After shoveling out the driveways and walkways I decided I would try to capture some snow pics when the the snow started to subside. After checking my gear from yesterday's outing I saw that the spacer and screw knob that tightens the plate on the ball head had disappeared. I was skunked for a day of shooting by my carelessness the day before. I guess I had not tightened them down when pulling off the lens yesterday and they fell off on the way back to the car. Then I shook my tripod bag and the spacer was there but the screw was not. So I went in search of something to work, and remembered I had bought some replacement parts three years ago when the same thing occurred. Yeah for spare parts...by then Annette and Steve Dembo were already on the way to Kilgore Falls. So I just headed to the Gunpowder off of Harford Road as I knew I could find some off road parking there. When I got there it began to snow again and I just wanted to capture the snow and the colors or lack of color on a overcast snowy day. I made a few images and left for the day.
at 8:17 PM

Email ThisBlogThis!Share to TwitterShare to FacebookShare to Pinterest
Labels: Snow