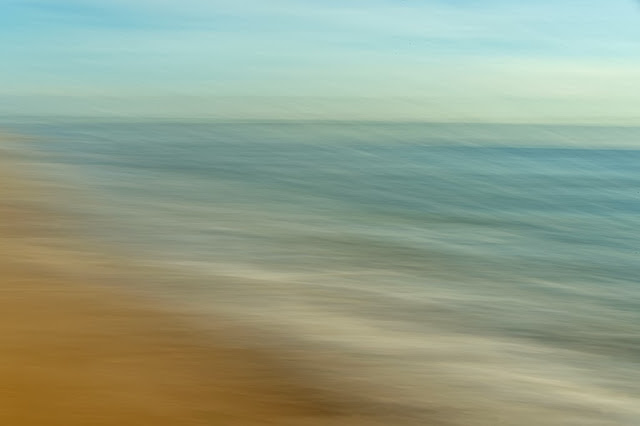 When the sky is bald the surf is slow....its time to get creative! Usually the beach, at the change of seasons, delivers great skies and interesting surf but this past weekend was different. We had a big high pressure system sitting overhead and a westerly breeze. The sun rose bright on the horizon with only a few little clouds that looked like dust spots instead of clouds....but at least we were by the ocean and with our cameras!
After the sun rose in the early morning light, we were making images of the gentle surf and shells. Then the sea captured one of the shells. I had my high waders on but I could not see where it was swept away. Thinking it was gone forever, we continued shooting the waves and the other shell.
In the spirit of play, I decided to do something a little different. We have all done swipes, and we have all done in camera multiple exposures, (those that have that in camera feature) but how about a swiping multiple exposure?? So here they are! Fun, I enjoyed seeing the result with multiple horizon lines, which added a subtle graphic element, the stacked up surf when there was very little and a wash of colors in the palette that is the beach.
Standing in the surf with my camera hand held I set my aperture to f-22,  a shutter speed of 1/10 sec at ISO 50 on the D4. I set the multiple exposure menu to series so I could just keep making swipes instead of going into the menu after each image. I love that feature on my Nikon. Later that morning after begging for the sea to please return my shell, it was in deed tossed back on the shore about 20 feet away and I saw it roll in. I quickly ran and retrieved it from the shore! By 8:00 we were all hungry and we headed on to breakfast! It was a fun morning helping workshop participants make camera settings, understand their histograms and capture images by the sea. 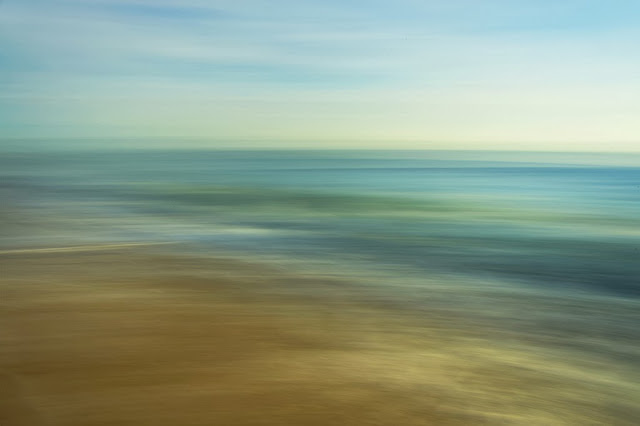 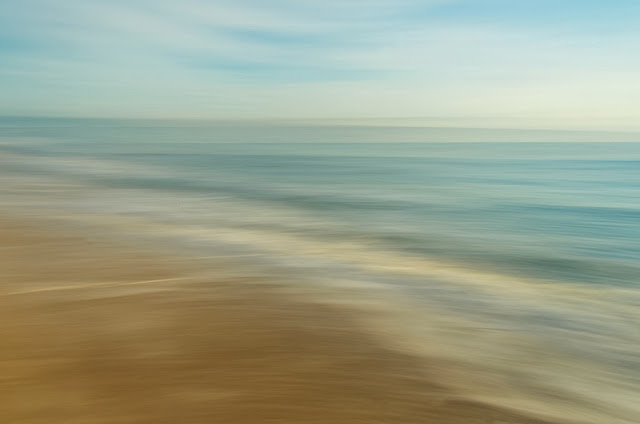