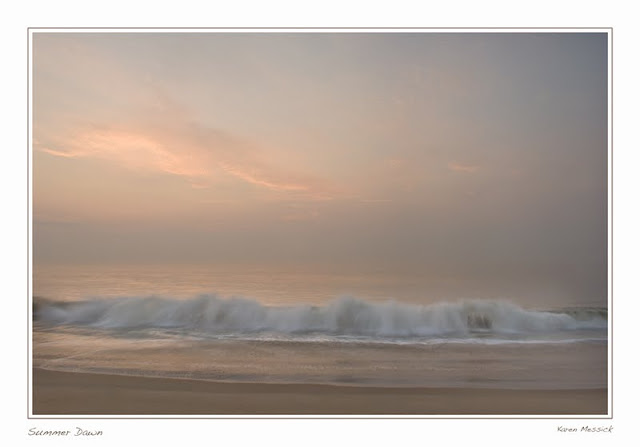 I decided that there might be a good sunrise today based on last nights weather report, so I headed out at 5:00. We have had storms in the evening which have just prevented any kind of sunsets and in the morning the heavy cloud cover has prevented any kind of sunrise, so I was hoping last nights storm would have moved out by sunrise. When I opened the door the humidity must have been 95%. The air was thick but it looked like the sky had some thin clouds in it so I decided to go out and see the sunrise. Well the cloud bank was sitting on the horizon and the humidity was so thick that the sea and sky merged in the early light. The light was soft and the sun never broke through on the horizon, instead it peaked through the clouds above the horizon. 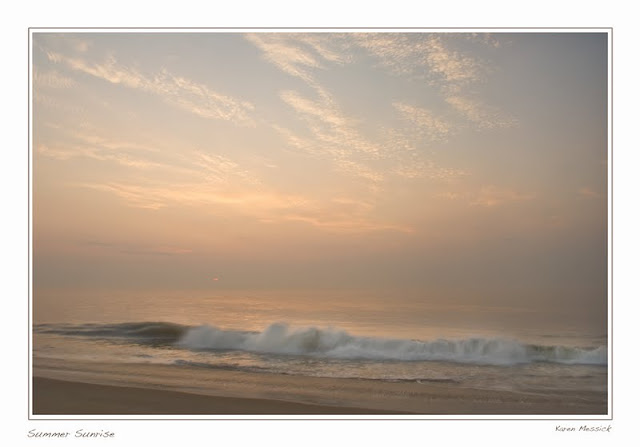 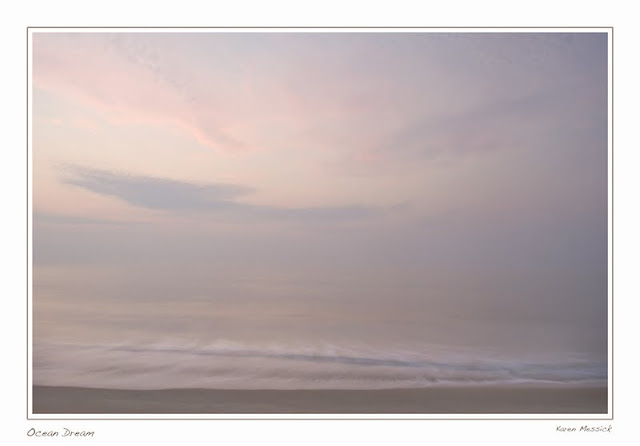 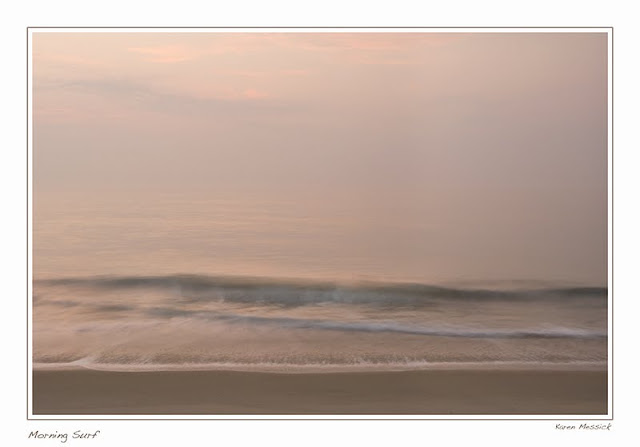