Calla Lilies in Black and White 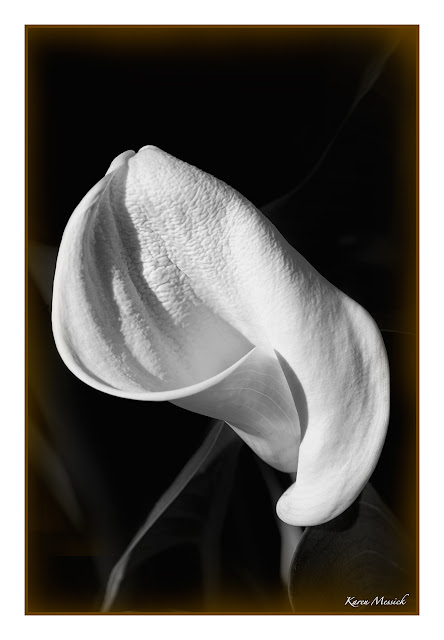 Last year, I wrote a similar post when I made a photo run to Longwood Gardens for the Orchid Extravaganza. This year was somewhat disappointing compared to past year's Extravaganzas. Last year the pool in the exhibition hall was filled with orange orchid arrangements and overall the colors on display were more exciting. It appeared to me that there were a lot of soft yellow and white moth orchids which blended into the conservatory decor. After wandering through the conservatory checking out each room allowing my camera to acclimate...I decided to start making images in the desert room of the blue agave in the sun. The agave were casting interesting shadows against their own leaves. (I have not processed those shots yet).
In the East Complex of the conservatory, there was a well attended horticultural event in progress. After making shots in the desert room, I wandered around among the crowded conservatory just looking, the next location where I actually set my tripod down was where the Calla Lilies were planted in the Orangery. I decided to make several compositions there. I love Calla Lilies for their beautiful shapes on strong stems. It was a blue sky day so the shadows were strong as well as the sun light streaming through the conservatory roof. I decided to work with that light and not fight it but embrace it. Normally I like to work in soft diffused light for flowers, either natural or with a diffuser disc. Having strong sunlight on the white flower allowed me to make an exposure for the bright part of the flower, rendering the back ground black with a few hints of vegetation. Not my normal soft flower shots but its good to try something different every now and then. I was shooting with my 200mm macro. I enhanced the borders of the images with some vintage brown toning in OnOne PhotoFrame Pro and processed the images to black and white with Nik Silver Efex Pro 2. Tonight I am heading to Delaware to make a presentation for the Delaware Photographic Society on my New Mexico images "Creating a Sense of Place" shot with the big camera and iPhone..should be fun. If you live near by I hope you can attend. 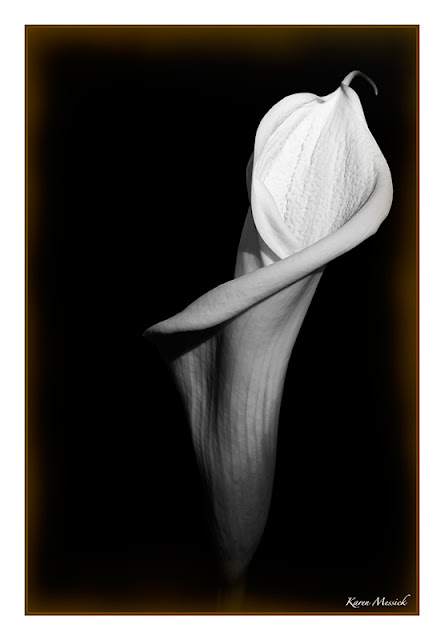 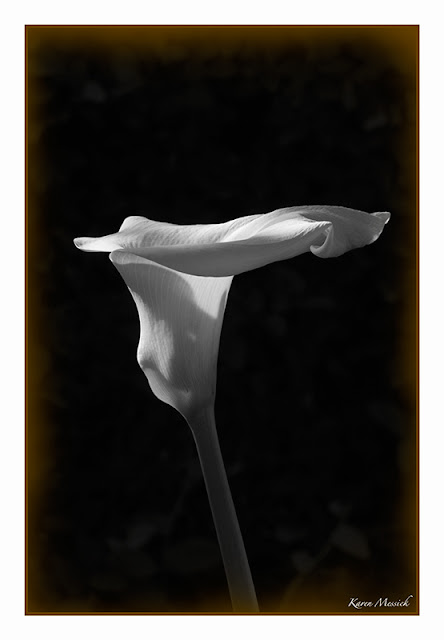 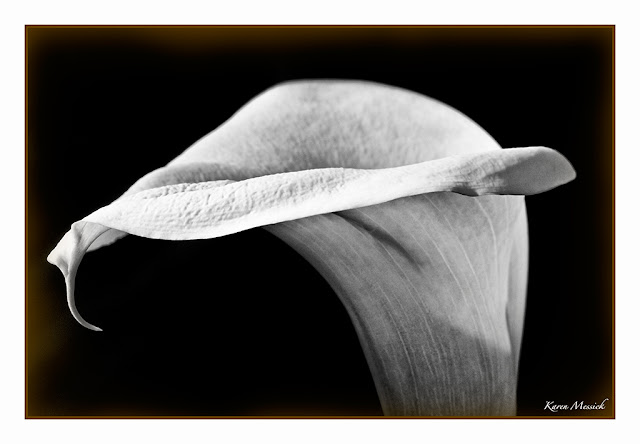