Farewell to the sea! 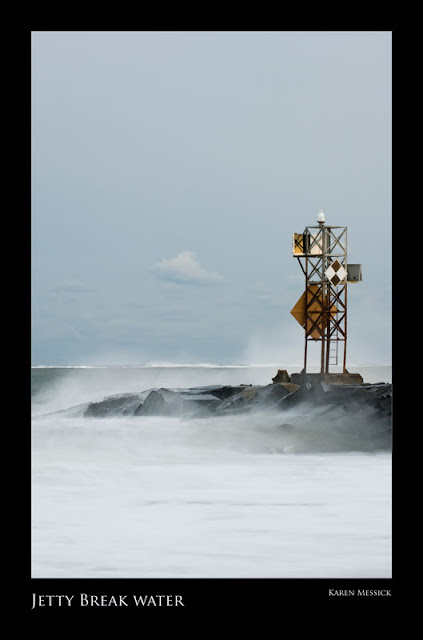 Just about ready to head back to the city and before unplugging, I thought I would post some work from the second day/evening shoot from the weekend workshop at the beach. On the second night of the workshop we visited Ocean City, and we had soft light that eventually broke into a pretty amazing display of color and light. The waves were amazingly large and frequent, slamming the pilings of the pier and break water jetty. The jetty shot is a straight shot with a long exposure. 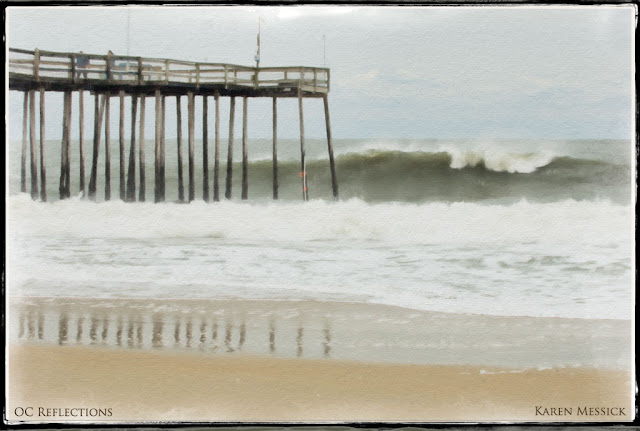 The pier shot here is run through Snapart2 for an impasto texture, just for fun! and the a frame was applied in onOne software. 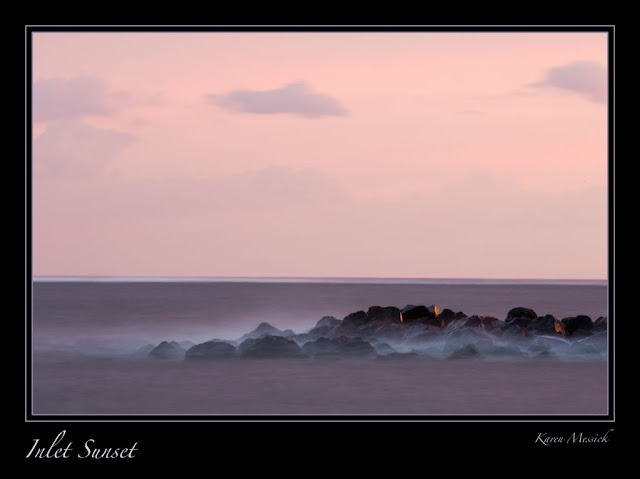 This is also a straight shot with a long exposure as the last light of day illuminated the rocks of the distant jetty. 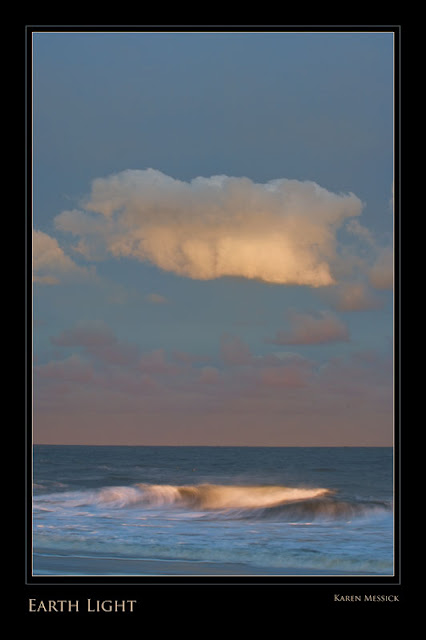 This is also a straight shot, but one that reminds us as photographers to always turn around. At the beach the setting sun can create some spectacular effects on the eastern sky and shore as night falls. Here the very low angle of the sun lit up the bottom of the clouds and the tops of the waves while simultaneously creating a soft pink cast on the clouds on the eastern horizon. 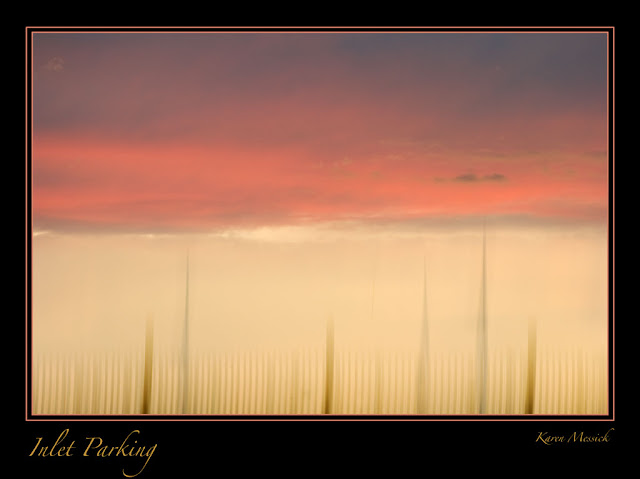 This image is a swipe of the dune fence line and light poles in the inlet paring lot with an image overlay in the sky......my impression......of the scene......all images were made with the 70-200 2.8 Nikon Lens.
Looking forward to Spring and the next Beach Workshop in April!
Time to lock up and hit the road!
at 1:31 PM