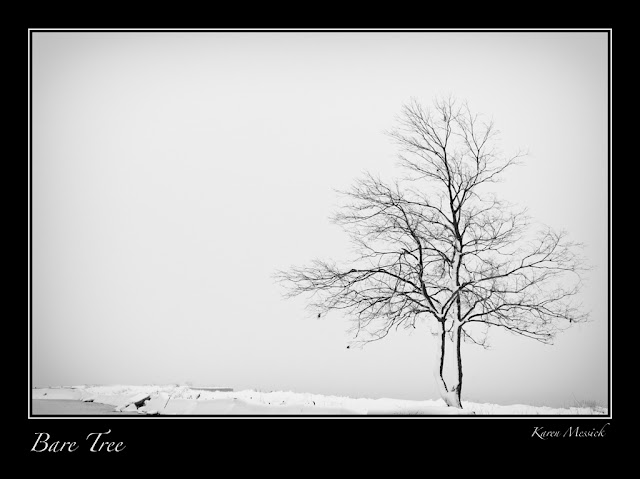 ....continued photo day shoot with Annette in the snow....after we left the Marshy Point Nature area..we headed to North Point State Park. By that time it was snowing, a little Alberta Clipper was moving through. As we hiked to the shoreline of the Chesapeake Bay, it became apparent that the snow had created a fog like effect over the water creating a white out type of scene, so we went to work making images of the bare trees against the white of the bay. All of these images were processed with Nik Silver Efex Pro and Photoshop. 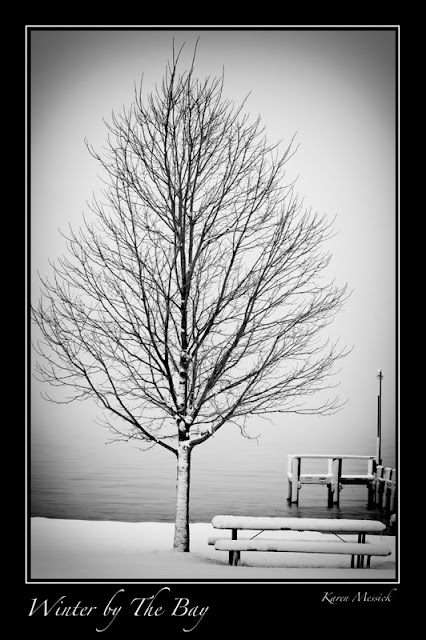 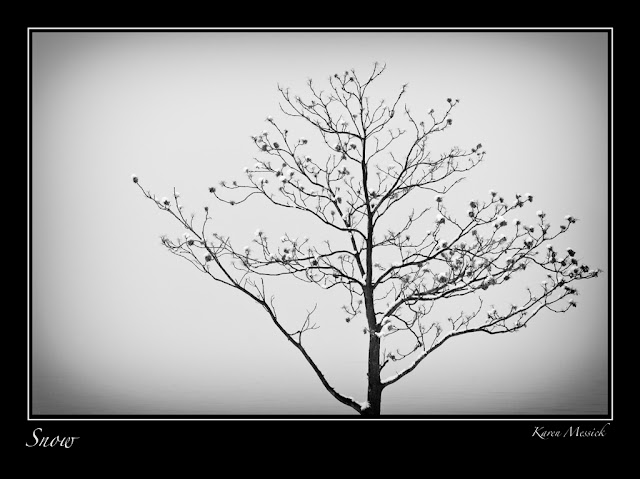 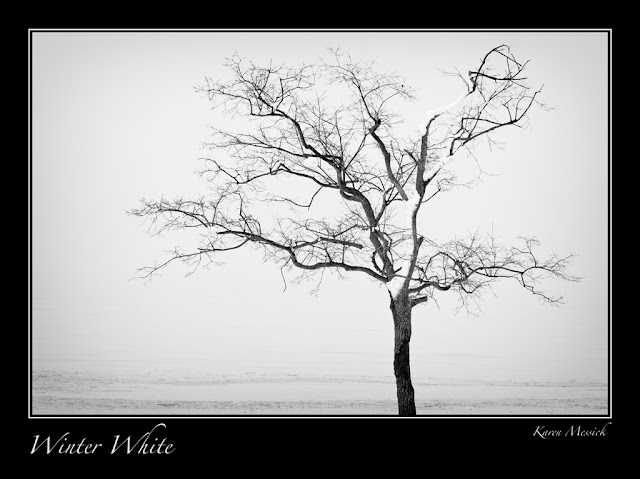