Tierra Amarilla a sense of Place May 11 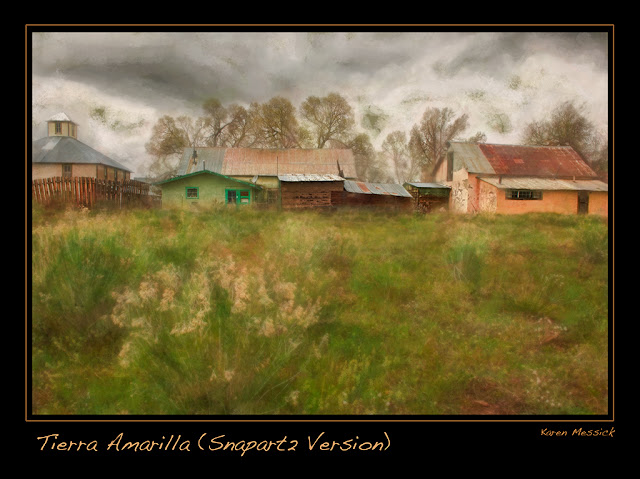 Have been a bit busy the last two days conducting morning workshops and doing afternoon chores so I am now just getting back to continuing the New Mexico Adventure story and shots. After passing over the mountains and out of the snow....we headed down to Tierra Amarilla...a small town on the way to Chama. After making a quick lunch stop at T.A. Lobo Cafe, we had about an hour free to roam a little.
I loved the assortment of buildings in the opening image and got low on the ground to include the wonderful sagebrush as a foreground element. I enjoyed how the colors of the vegetation and soil echoed the colors of the buildings. 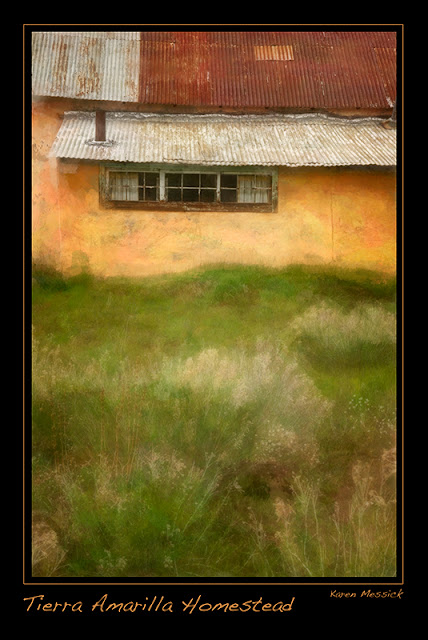 And as always when you see a great scene shoot it many ways! I also liked isolating pieces of the interesting buildings. 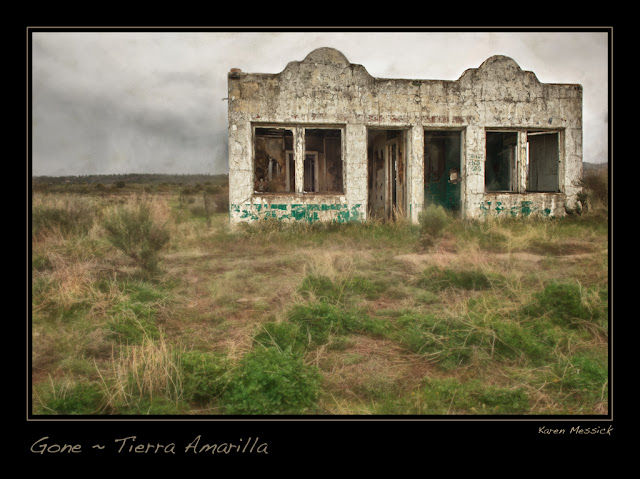 As with most of these small New Mexico towns there are lots of abandoned buildings. How sad to see this charming structure abandoned. Could it have been a gas station, or a little store, there is no telling..but I am sure someone there would know, as with all small towns, there is history. The man below would probably know...I met him in the Three Ravens Coffee shop. (if you have time the link is an interesting story on the owner) One of the group had gone into the shop and spotted the owner who had such a character face. He told Steve Gottlieb and Steve said OK we should go in and take it as a photo op. However, when everyone else was working the owner, I noticed this handsome man sitting alone drinking some coffee. He had such a wonderful dress and personal color. I have always been a sucker for a man with dark hair and deep brown eyes! .....Obviously Spanish influence. (My first real boyfriend was part American Indian, with dark hair and dark eyes.) Well, I asked if I could take his photo, he was willing, so I went out to the car and grabbed my flash. By the time I got back another participant had sat down at his table, so I enjoyed making some images while they were engaged. Turns out Mr. Morales is the County Clerk for Rio Arriba County. 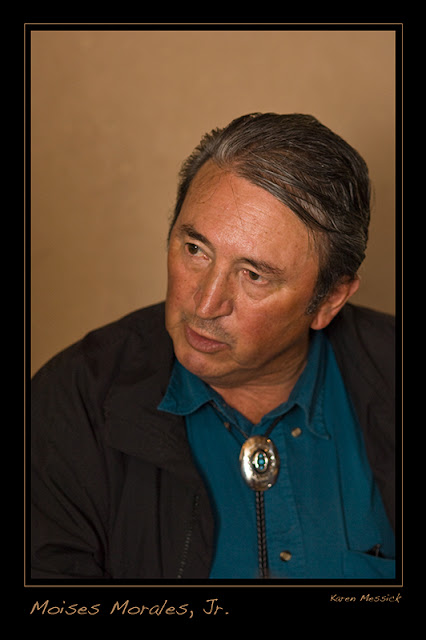 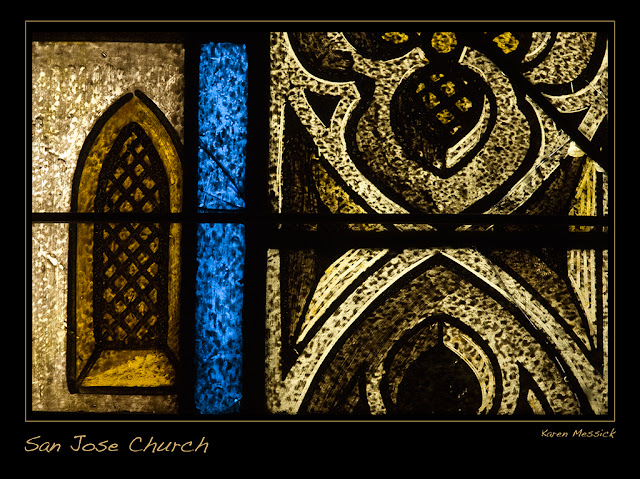 From here we went on to the other side of town to visit The Tierra Wools Company..(that will be another blog) but while there I was invited to enter the San Jose Church by a local who stopped to see what I was photographing. It was a beautiful little church, as he had said, and I made a couple shots while there. I only grabbed this shot as I was  leaving so I could remember the name of the church, now I wish I had taken a bit more time to make a super composition as this church really was charming! 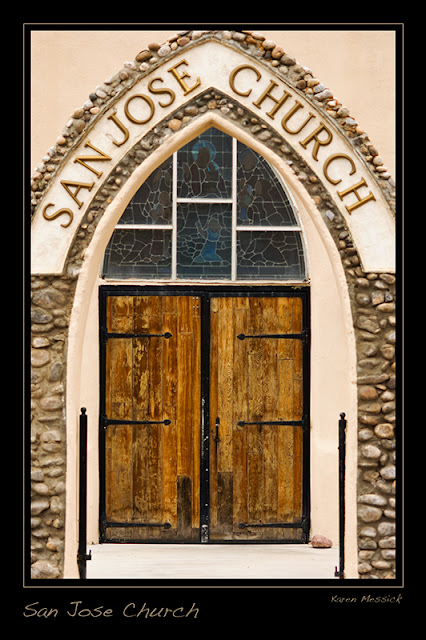 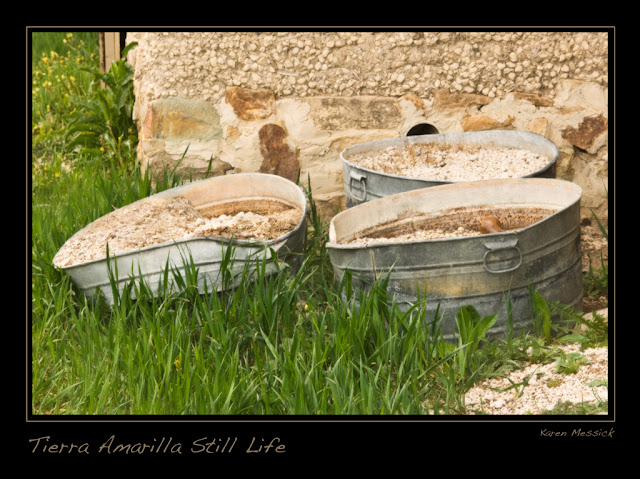 And sometimes you find not so interesting subjects can really tell a story, these metal tubs were filled with stone, as the stone in the structure of the building they were sitting in front of. I always let my composition students know that generally odd number of subjects make the most interesting comps, so when I saw THREE tubs I had to shoot them...more later this week on New Mexico as time allows..
at 9:15 PM