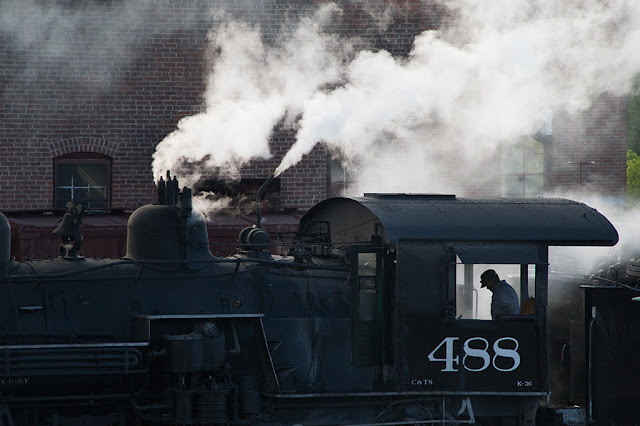 The Cumbres and Toltec Scenic Railway runs from Chama New Mexico to Antonito, Colorado. The Cumbres & Toltec Scenic Railroad was originally constructed in 1880 as part of the Rio Grande’s San Juan Extension, which served the silver mining district of the San Juan mountains in southwestern Colorado.Today it operates strictly as a tourist attraction covering 64 miles through scenic mountains. This was our first shooting location when we reached Chama. The train was scheduled to depart at 10:00 am so we made it out early and shot around the rail yard until the train departed. The morning light and steam created a great opportunity to shoot the train as it sat in the yard making preparations for the trip north. 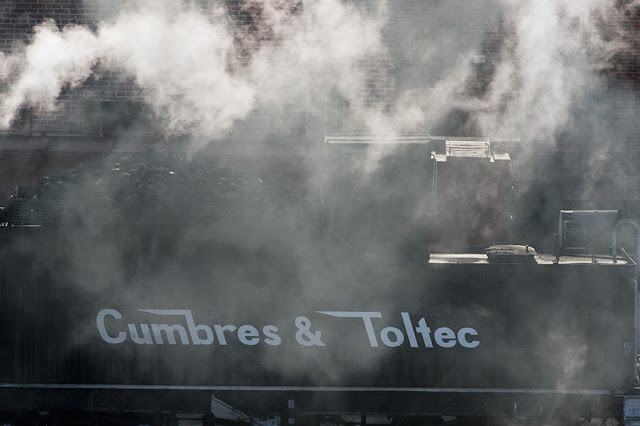 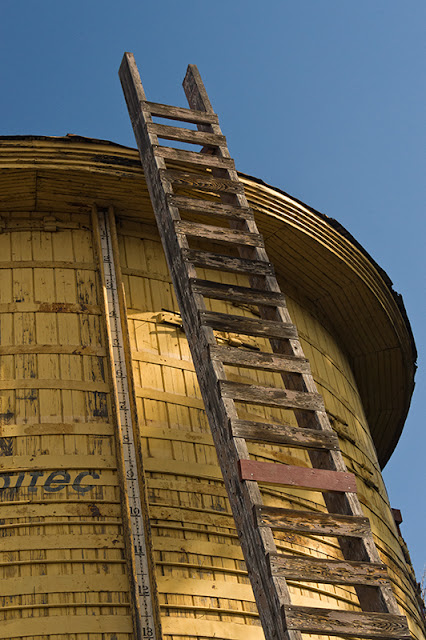 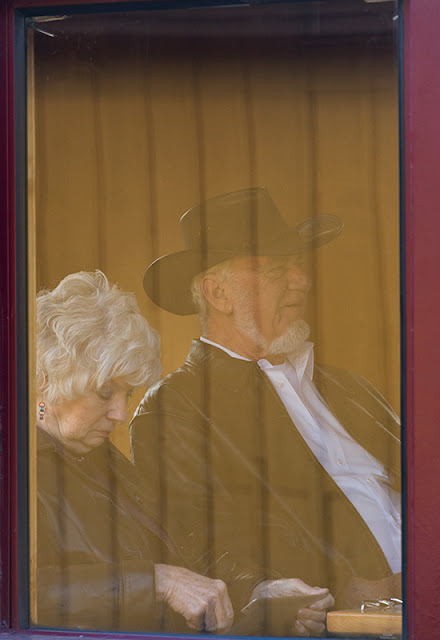 Shooting through the train windows as people boarded was fun.  The reflection of the yellow station gave the scene and interesting look. 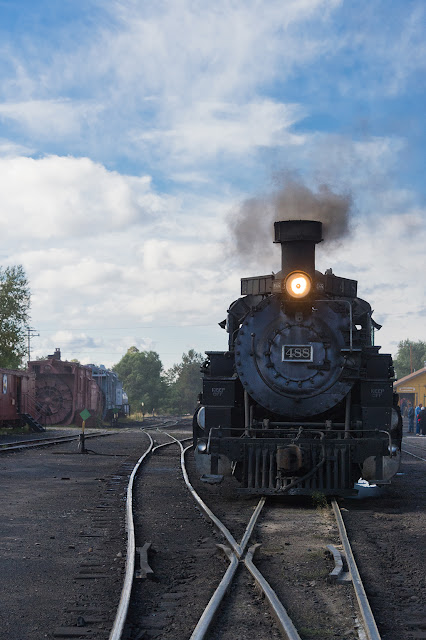 After the train left the station we made our way up the mountain in our vehicles stopping along the way to capture some of the beautiful scenery. 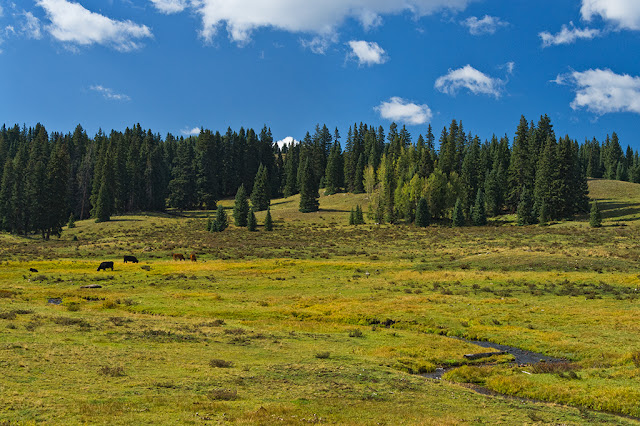 We made a stop and waited for the west bound train from Antonito to pull into sight. It was fun waiting to see it come around the bend with its billowing smoke. 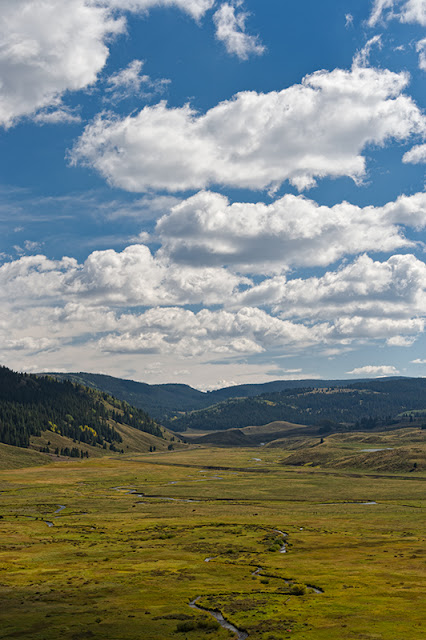 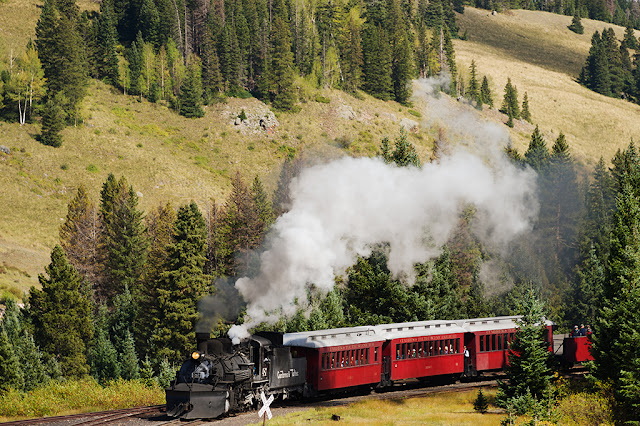 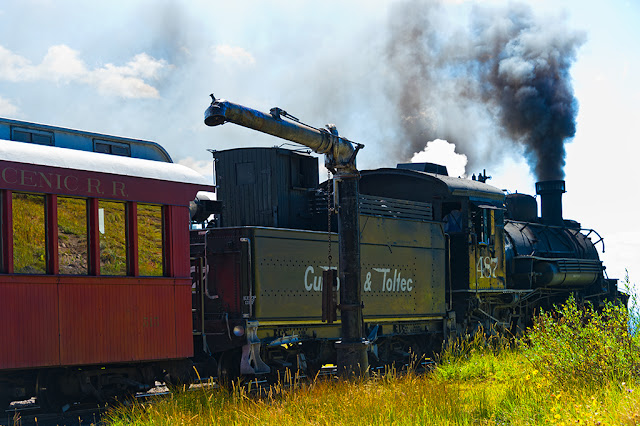 It pulled out of sight after adding some water to make steam for the rest of the rip to Chama. It was a fun morning with my tour participants shooting the old railway.  I will be heading back to New Mexico next fall with another photo tour. Hope you can join me there!