Our first night in Dingle the mist blew in as we were sitting down to dinner and we all thought that a sunset shoot would be out. But as we enjoyed our meals the mist began to lift over Dingle Bay, so we decided to head out and make a run up Slea Head Drive.  The mist became heavy as we made our way up the head. By the time we arrived there was a heavy fog over the land. We stopped along the drive to shoot the stone house ruins. Along the side of the road the grasses were filled with dew. As I was making the opening image a local pulled up to their home and asked the group what we were doing. We explained about the photo tour and she invited us all in for tea and tarts. Amazing hospitality and we had 11 people. We politely declined and went about making images of the stone houses on the hill. 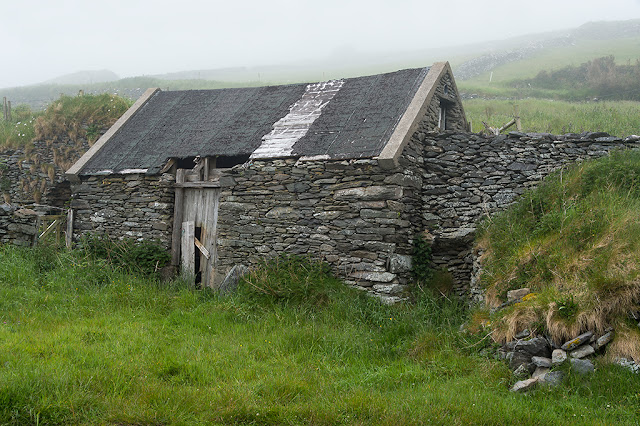 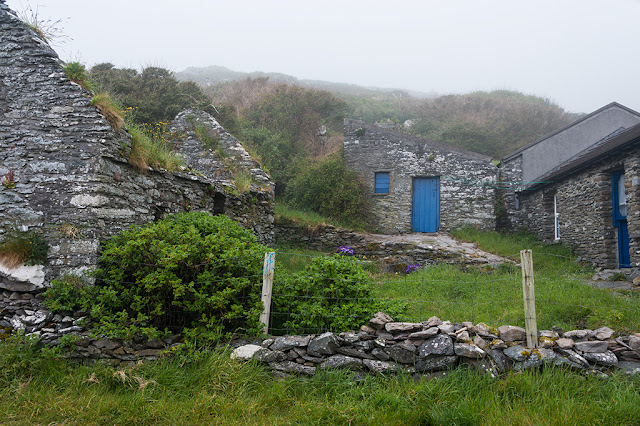 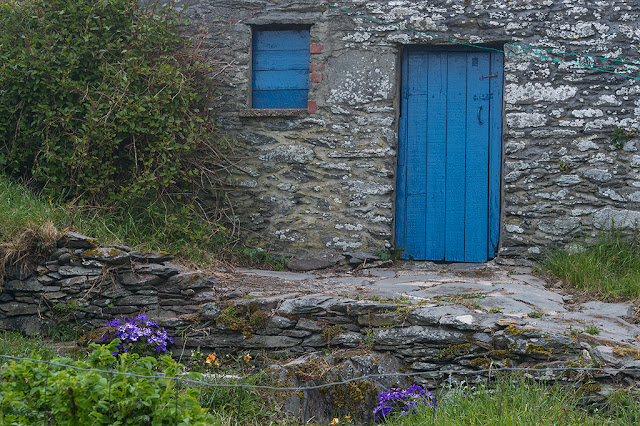 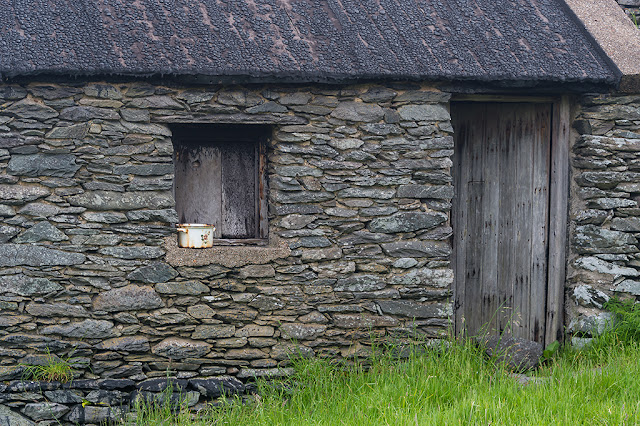 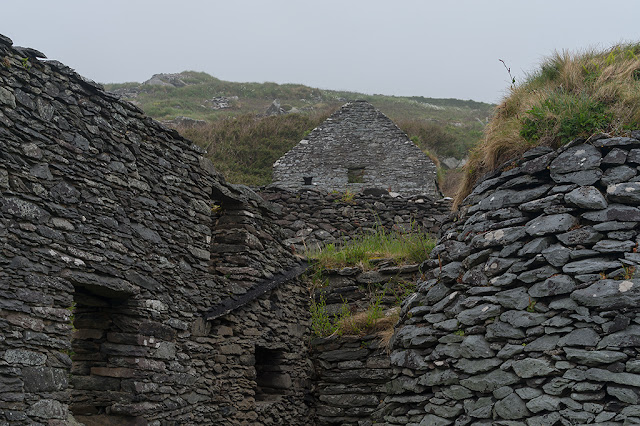 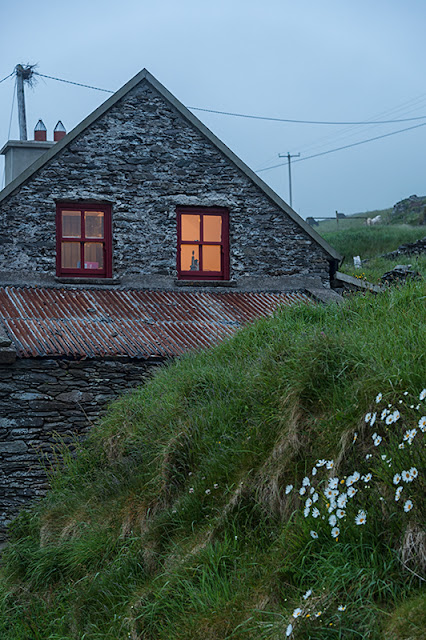 As we were packing up the lady in this house came back out and once again invited us to enjoy some tea and tarts. We again declined, but that just demonstrates how hospitable the Irish people are! It was a great first day in Ireland on tour with Peter Cox.