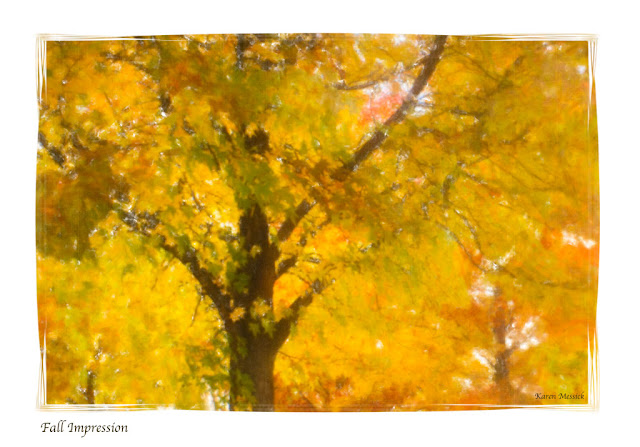 Yesterday was a full day of tutoring. What fun  helping other photographers learn new ways to work with their images and camera. One session was totally computer oriented, selecting, sorting, sizing and editing images for personal use, and uploading to a site for calendar production. The other session involved a short time shooting around Lake Kittamaqundi, in Columbia, Md. and working on images from a previous shoot, selecting, sorting and processing. I wanted to at least carry my camera in the afternoon session to help frame up some shots for my client. So I chose to put on the Lensbaby with the soft focus insert. Being at the Lakefront brought back some memories of when I lived in Columbia, Md. 35 years ago, whew...that's a while back!~ Anyway, Clyde's Restaurant an old favorite, is still there and the plantings around the lake are now mature. 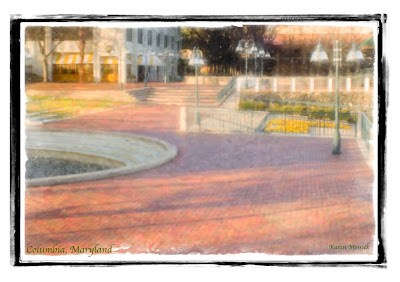 The old Rouse Company headquarters now boasts the name of General Growth Properties, the company that purchased the "Rouse Company" after the founding father James Rouse passed away.  Life size bronze statues of him and his brother Willard, now occupy space along the waterfront lake he made. He was quite a visionary, creating Columbia Maryland an entire town out of rural land between Washington and Baltimore. 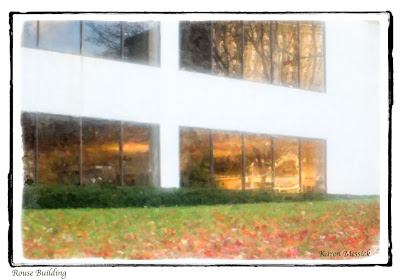 We were working with the multiple opportunities to photograph interesting architecture and public spaces,in the late afternoon, as if you were on vacation and wanted to return with images of the area. 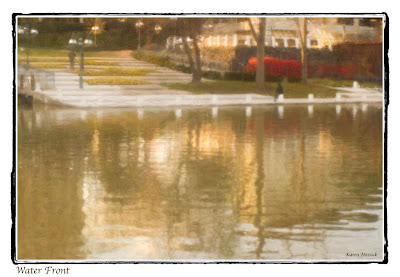 I made the opening yellow tree shot before the session started as the trees along the boulevard were just so beautiful with their fall canopies lining main street. All the images, here were made with the Lensbaby Soft Focus insert and processed with Snapart2 pastel application, which gave me the very impressionist images I had in my mind when I looked at the scenes.  Maybe it was the foggy memory of 35 years ago that made me see the place this way! But I also love Impressionism. My client on the other hand had tack sharp images of the scene, and lots of different compositions. We were working on the many ways to "see" a subject and landscape. Looking forward to a New York City Day trip tomorrow with some workshop participants!

Oh and wow a memory flash, I saw Jimi Hendrix perform at Merriweather Post Pavillion in Columbia on August 16, 1968. It was an amazing night; a huge thunderstorm rolled through, cracking lightening and thunder was all around seemingly striking and flashing as if staged. When we left the concert, the little stream we had to cross was flooded and people were swimming and jumping in it......I was soaking wet and drove home in a VW Beatle with some other friends!  Hows that for a 16th birthday! Did someone say Hippies??? Too bad I was not taking pictures then, but the picture is burned in my brain, so I can only share it with my words.
at 10:55 AM