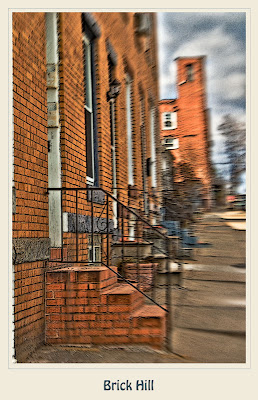 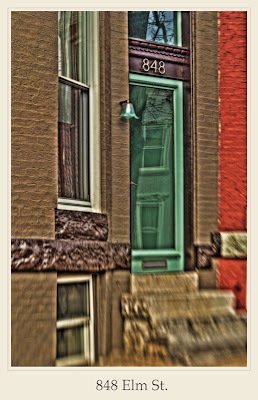 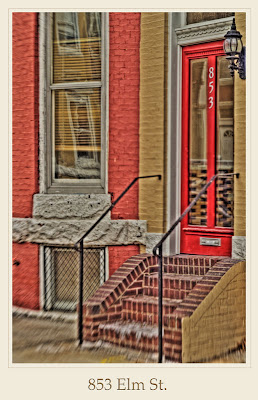 Just processed a few more from Friday's Hampden shoot in preparation for the HDR workshop on March 13, 20 and 27 that I will be conducting. There is a large art community in Hampden and the homes surrounding it reflect the colorful paint of the artist's eye.
Hampden contains a variety of housing styles with the most predominant being the row house. While most row houses are two story, some three-story units can be found as well. Many are over 100 years old, providing the option of small front yards and porches. In addition to the row house, there are also some Victorian single-family homes and duplex homes on many of the streets, particularly on the hillsides adjacent to the Jones Falls Valley. There are also some unique residences ranging from apartments above retail establishments along "The Avenue" and a few renovated warehouses. The mix of housing styles provides a "village within the city" feel.

Hampden derived its name from a developer, Henry Mankin, who named the town after John Hampden, a key figure in the English revolution of the 17th century. Hampden, a member of Parliament, took issue with a tax levied to pay for the royal navy. Hampden maintained that the tax was a form of taxation without representation. Others rallied around the cause that sparked a revolution in 1637. John Hampden, a member of a growing capitalist class, was viewed as a hero and champion of the people.
Brick Hill, bounded by Falls Road and 33rd Street between Chestnut and Falscliff, is another example of a renewed mill village. Part of the area is the most intact mill village in the nation as acclaimed by CHAP. This area includes the old mill, now a "creative business center", the old manor home and the only surviving horse stable.
at 9:27 PM