Beach Run all in a Days work.

Yesterday, I had to make a day run to the beach and pick up some prints from the Rehoboth Art League. I also wanted to measure and order a new stove and fridge for the beach house. So I stopped there and got the measurements so I could order them from Lowes in Lewes, Delaware on the way home.

I had invited Annette to go with me as she is an avid photographer, artist and beach lover, not to mention a best friend!!!! So she was able to work that out..and we took off at 6:00am from Baltimore, hoping to get great light on our favorite farm on Rt. 213. As we  left, we both commented on the beauty of the full moon through the thin clouds. I jokingly said, "yes it is going to be right over the barn just as we get there, as the sun simultaneously breaks the horizon." We both knew the best light for the shot we envisioned was a sunrise shot which would light up the front of the barn. When we pulled up......the moon was in fact right over the barn low in the sky....but I didn't get that shot as I had to change lenses, set up my tripod, find my shot and by the time I was set up the moon had drifted behind some thin clouds and was gone! But it was cool to see and we will be back next March on the full moon to try and get that shot....anyway...we stayed for a while and made some farm shots.  I actualy made my first exposures with the idea of stitching them together in Photoshop. I used this online tutorial from Bestech videos, when I got home last night to do it and it was so unbelieveable simple....of course making the images correctly in the field helped. I have listened to guidance from many sources about overlapping images at least by 20% to get the best allignment, so I did that. I also had my tripod level, so as I swiveled the ball head there were no horizon shifts. The reason I decided to do this was;
1. I had wanted to for a couple months and.... 2. I saw the rows of last years corn stalks creating beautiful lines as the light was falling on them, such that I wanted to add them to my composition.

I was using my 70-200 mm lens so I kept it at the same focal length as well. I took 11 shots of the farm scene sweeping from the left where the corn rows are to the far right as the large tree framed the barn. I also wanted the sky to be an important element of the final image so I was working on a vertical orientation, which I have also heard is the best way to make a panorama, even if your idea is that the final image will be of a horizontal orientation.  The final image below is the result of those efforts. 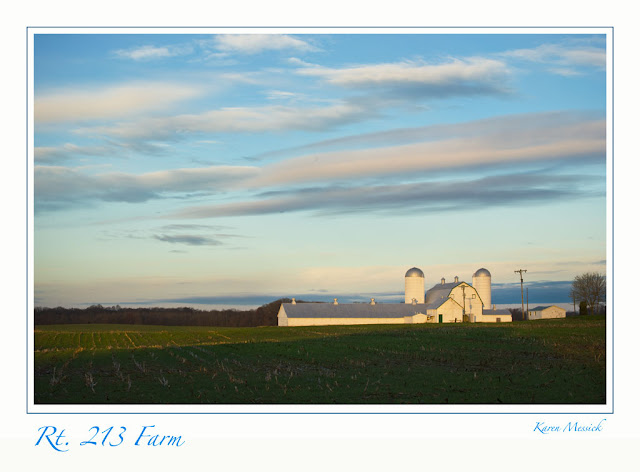 After shooting the farm, we headed south to the beach. We saw some snow geese lift off from the field as we were shooting some old Federal Style houses near Bombay Hook and we both decided since we were there to cruise through the refuge. It is always wonderful to smell the fresh air there and listen to the sounds of nature uninterrupted by human noise (well, other than the huge troop carriers that take off from Dover Air Force Base). We noted how the heavy snows had flattened the marsh grasses revealing all the huts of the muskrats, and the tidal waters of the marsh. We both decided to make it back for sundown. After stopping at the John Dickinson Mansion and Plantation for a quick look, we had a nice lunch in Rehoboth at Arena's Deli and Bar, then headed south to the beach house. Thank goodness, it was still there..but it had taken in a little water in the upstairs bedroom that was supposed to have been fixed last year, but was even worse this year....agggghhh home ownership...so I will have to deal with that later, we dropped off a print measured the appliances and left. Annette bought her Delaware season park pass at the Cape Henlopen Park and we headed north. We drove through Lewes by the bay front beach houses and then on to Prime Hook and  Broadkill. The Prime Hook Refuge dead ends at Broadkill beach. We made some images of old beach houses and headed north again. After stopping at Meding and Son Seafood, we headed back to Bombay Hook for sundown. When we arrived at Bombay it was still light but fading and the waters of the marsh had receded..I wanted to use my 300mm just because I had not had it out of the bag for a while and there were some large blue herons about. Instead I made some marsh swipes...because of the beautiful layers the flattened grasses had revealed, alowing us to see all the way to the bay. 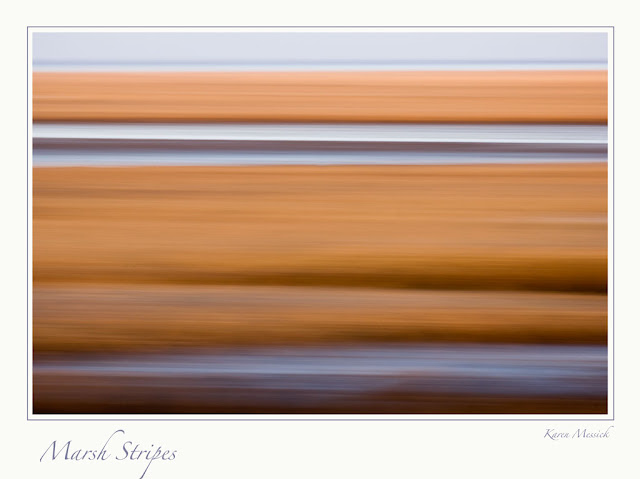 As the sun faded and color came into the sky I turned my focus to the waters of the western pool and the frags....I made two images for the image below, Sundown, and blended them together. I shot just the water first with a shallow depth of field, as the  light of the sky reflected soft colors and then I shot the broken reeds after the wind died, the light was gone and the water had no color but a soft solid blue. 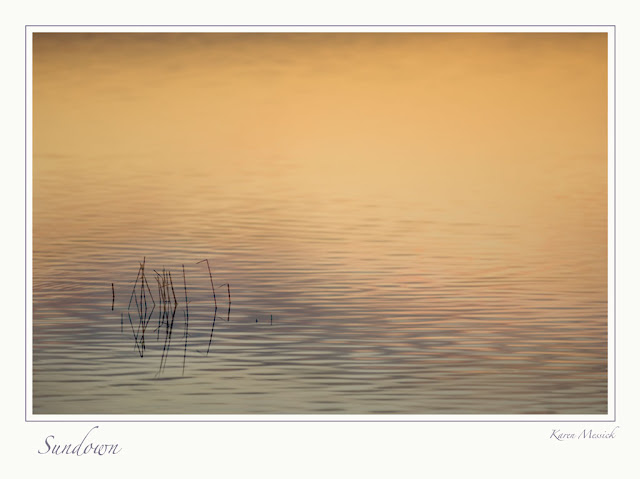 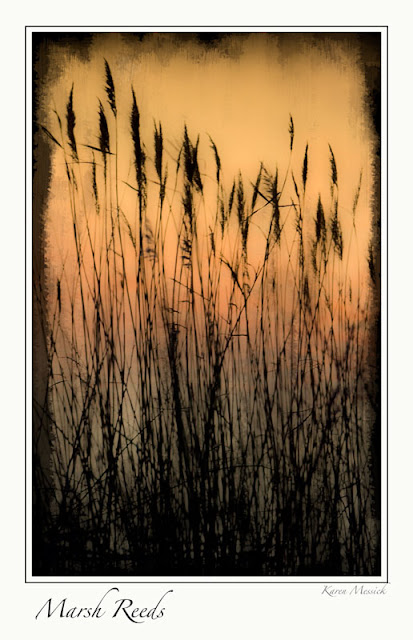 It was long, but great day and I can't wait to return to the beach next week for a couple days stay, to take receipt of the new appliances, do some painting and spring cleaning.
at 12:13 PM