Saturday, I joined about 20 members of the Baltimore Camera Club  who attended a one day lighting workshop with Steve Gottlieb at Horizon Photography Workshops in Chesapeake City, Maryland. I admit being a natural light photographer, flash has always been a bit of a mystery in getting it right...so I thought I would join the group. Steve demonstrated in the studio how to understand the ambient light in the scene and then how to add flash in the correct amounts at the correct angles to achieve your idea of what the scene or subject could look like....after a couple hours of concepts and demonstration we went out into the city looking for opportunity to use flash. So I went into some shops without my tripod, (imagine that) to try and capture some shots using flash, a very foreign feeling and a new way of looking at subjects, as well as new subjects.....in new environments, so I went into the Tap Room Crab House looking for subjects....the store folks are very obliging as Steve has over the years made friends and had lots of workshop folks in the town. I asked the waitresses behind the counter if I might try a flash shot with them and they were so nice....one of the concepts Steve taught was having the background darker than the subject needing flash, so I tried that idea here and I enjoyed the results of the soft light on the main subject with the background receding...I might have done a better job of composition if I could have asked my subjects to move around a bit, but I didn't want to go that far, it was nice that they had even said yes....after all they were working. 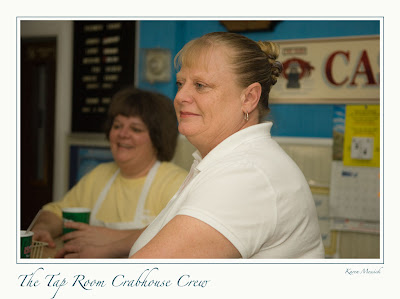 Then I walked around the restaurant and a couple had ordered a dozen Maryland crabs which looked so good, I asked them if I could take a picture of the crabs..as they kept dining...and I did. 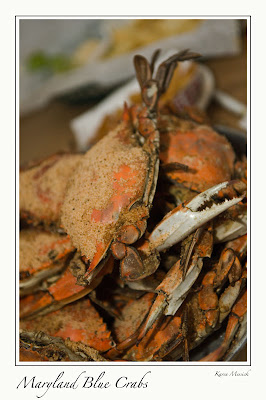 The next stop was the Vulcan's Rest Yarn store. I had been in there before and knew how dark it was but how wonderful the products were, so I wanted to give it  a try. I was only using my 17-55 lens because I couldn't carry more with the flash off camera. I made some shots there as well. 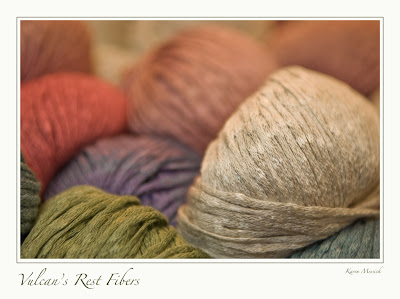 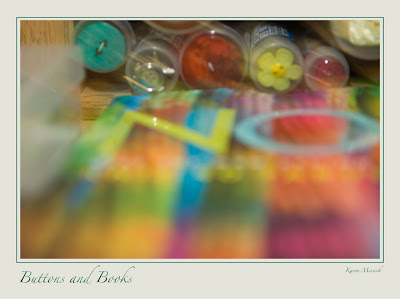 When I left the store there were some young boys on bikes and one had a huge, what looked like a wad of gum in his jaw (he later told me it was chocolate). I thought that was great! So I asked him if I could take his picture...he was back lit and the rim of his cap was putting his face in shade so I needed flash to fill in his face..I liked this shot. 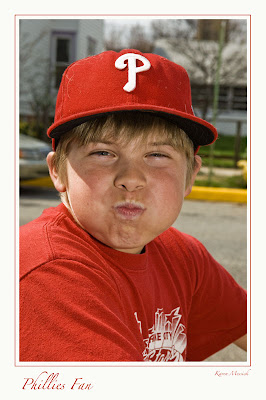 There are some great antique stores and novelty stores in Chesapeake City so I rambled into some and made some more shots. 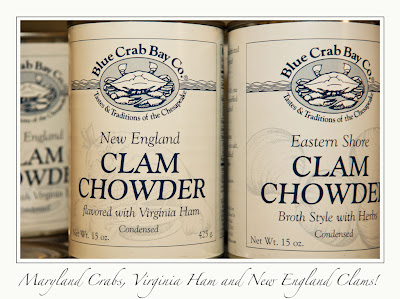 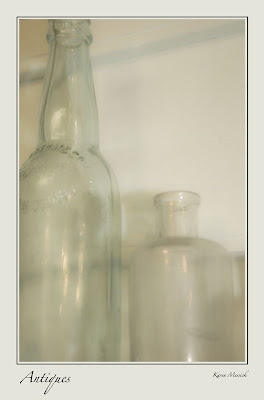 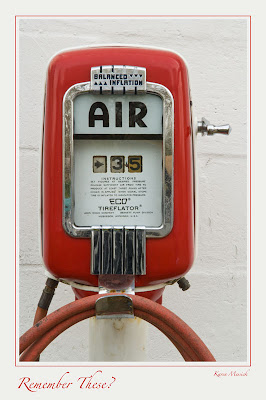 This last shot I made in natural light after the workshop was over and I was rambling the streets for a few more shots....I smiled when I saw this, as it reminded me of times when I'd go with my dad to the gas station and put air in the tires together...