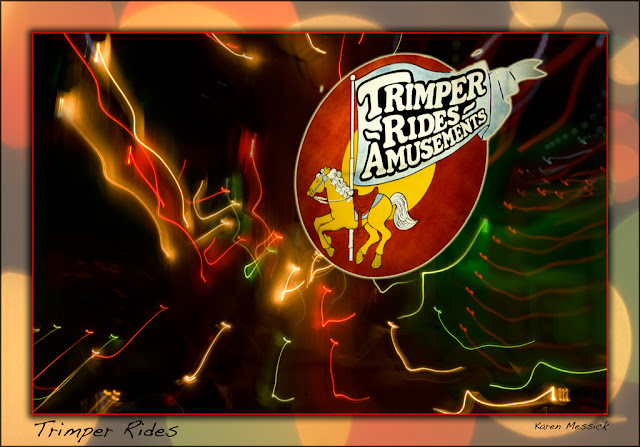 Been doing some tutoring on composites and work on the iPhone..both have influenced me a bit to think in a composite way when shooting in the field. Last weekend in Ocean City, Maryland, after a sundown shoot (where there was no real sundown)..we were doing some street work and I saw some holiday lights on the porch of a local restaurant. So we went over there and played with zooming in and out on the lights as well as some wide open out of focus work. Alone these images would not stand, but can be great for some creative blend work. Walking back to the car I noticed the Trimper Amusement sign lite against the dark night sky, so I made a shot of the sign, exposing for the sign, which allowed any background light to fade out. The opening image is a composite of the three images I shot, the background  frame is the out of focus light with a reduced opacity and the top image is a blend of the zoom lights and the Trimper Sign, which I added a stroke to before placing the tops image over the lights. To me it created the feeling of the rides and lights. It was fun to do! Off to make a presentation at the Baltimore Camera Club School today on composition the on to DC to meet some Photo friends.