Working on images, where the mind and eye goes..no one knows. 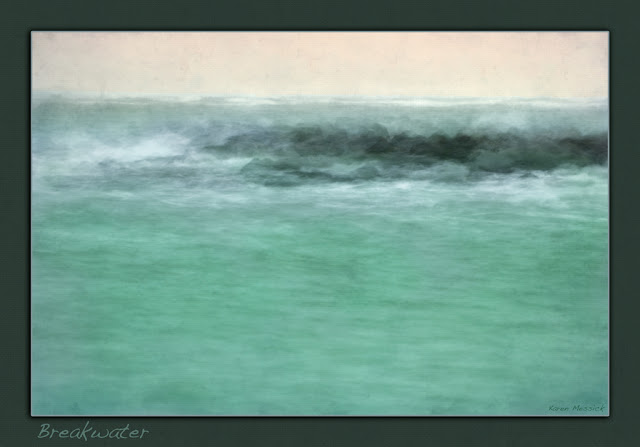 Today was an office and yard day getting ready to head to the beach tomorrow for a few days. I am a little tired from four hours of work outside so I decided to enjoy processing some images tonight and relax a little. I opened up a few images from the last time I was at the beach and began to play with them. The opening image began as a multiple exposure of the rock jetty as the waves were breaking against it. The multiple exposure created the effect of more break water and more rocks than the original scene contained. I processed the raw file to my satisfaction then went into my texture files and made a texture overlay. I was introduced to a fabulous free texture source Shadowhouse. You can find a link to the Shadowhouse blog on my sidebar, the texture files are super! After I made the adjustments with the texture overlay, I ran the image through Nik Color Efex Pro 3...added some slight color to the sky and some to the water. I then ran that image through SnapArt 2. Then I took that image and blended it with a mask with my original processed photo file to bring back some more white in the water and blend down the tone in the ocean water. I ended up with a painting! Well tonight I ended up with two paintings! The bench below was shot after the sun went down and the sodium vapor lights were illuminating it beautifully. There was still enough light in the sky to make an exposure work with the light of the street light. I followed much the same process as the opening image. 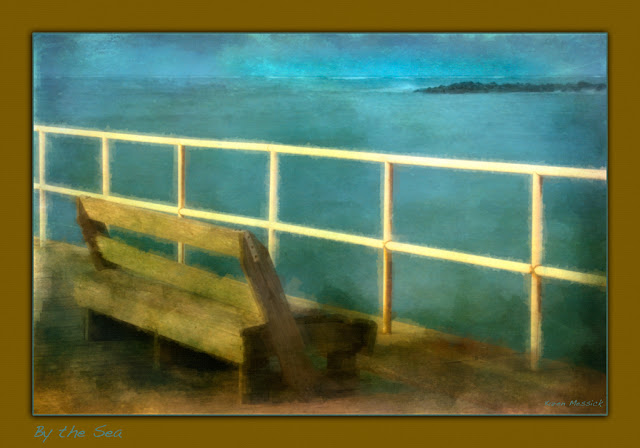