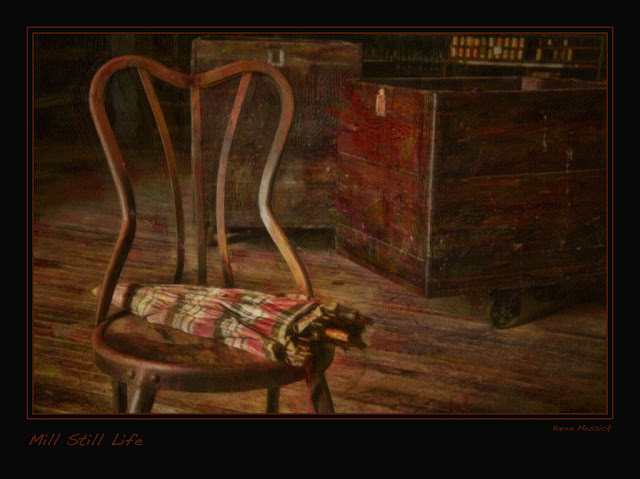 Monday I visited the Silk Mill again. It is always a long day trip there six hours round trip driving and 4-5 hours of shooting. I hardly made any "big camera" images, instead spent time wandering around with the iPhone and the Olloclip, but that will be on my iPhone blog later. Tonight I worked on the few HDR images I shot on Monday. The images were first processed in Nik HDR Efex Pro and then further processed with SnapArt3 and Photoshop. The chair has been photographed many times, many ways, but this time the umbrella that has been around since my first visit and probably since 1957 when the mill shut down, presented an opportunity. There is a space in the mill on the third floor I have dubbed "the studio." The soft diffused window light falls so beautifully in this space. I juggled the old wooden hampers around to create the composition as well as juggling the chair and umbrella. As I was processing this I thought about the painters in the Renaissance Period and the way they depicted light in their images and came to realize that this was the very type of light that they worked with. I made two compositions in this space with the chair, and like both for different reasons. I would be interested in knowing which one you might like best and why? Art is so subjective..so weigh in on that, or maybe you won't like either one? 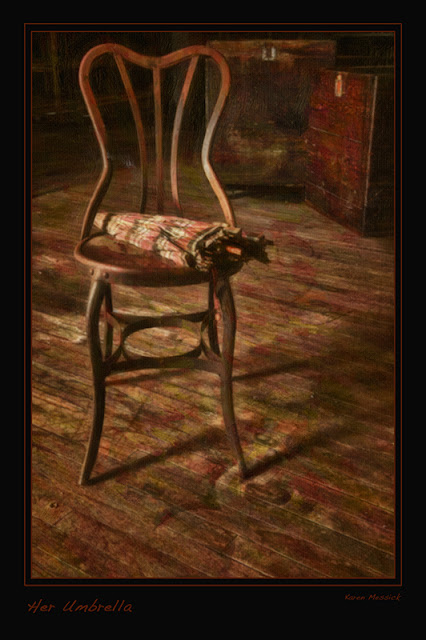 Ellery pointed out a window where the vines had grown over the outside and the leaves had begun to turn colors. I decided I loved the scene so I made a few shots there too. These were also HDR images processed in Nik HDR Efex Pro  and then in SnapArt3. 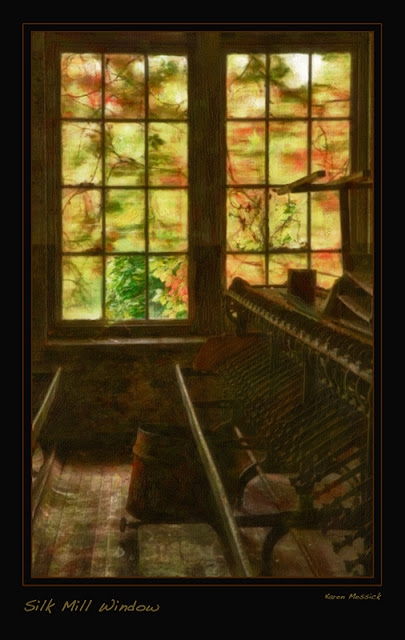 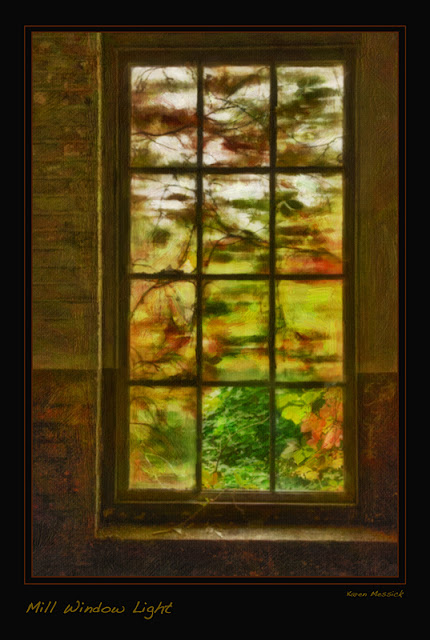 My last shot with the "Big Camera" was of the push broom Herb has used to keep the peeling paint swept off the floors. I loved the multiple light sources in this scene from the single overhead light bulb to the bright diffused light of the tall windows. The windows are beginning to fall out of their openings and I see that the structural supports are twisted a bit, I don't know how much longer the mill will be safe to work in but the roof is leaking now pretty badly and winter could be very bad if we get any wet and heavy snows. Herb is still hopeful. 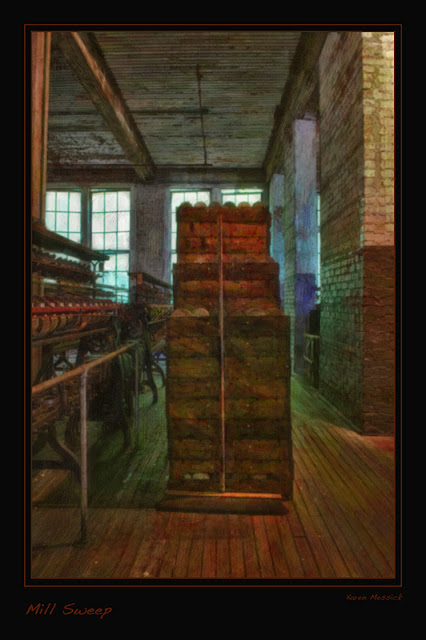