Have a back up plan ~ 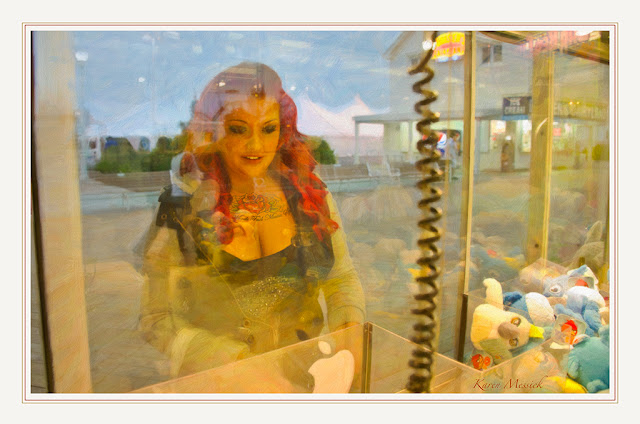 This past Saturday night on my beach workshop, we had hoped for a pretty sundown due to the predicted afternoon showers which were supposed to be moving out by evening, but they came late so instead, we made shots around the pier and of the tents that were left up from the events of the day. When the rain started we headed to the boardwalk for a few more shots. We were making shots in the arcade when this young woman walked by and she started playing one of the games. I chatted with her a few minutes and asked if I could take a shot through the glass of her playing the claw game. She obliged and its one of my favorite shots from the weekend. Always look for interesting people to incorporate into images. 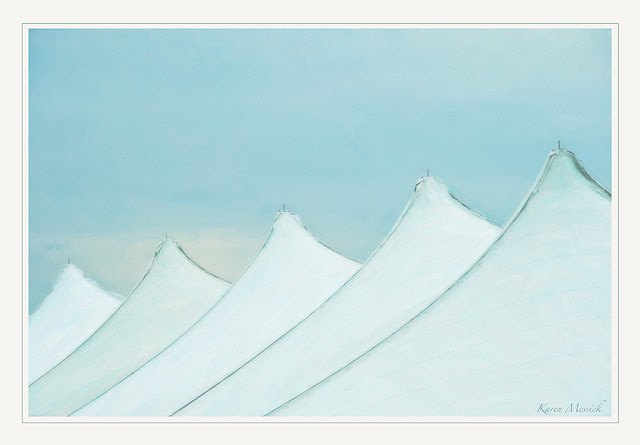 It was a motorcycle weekend  in Ocean City, Md and the large event tents were still in place on the parking lot. The shapes of the roof line made an interesting graphic image against the dark grey western sky. 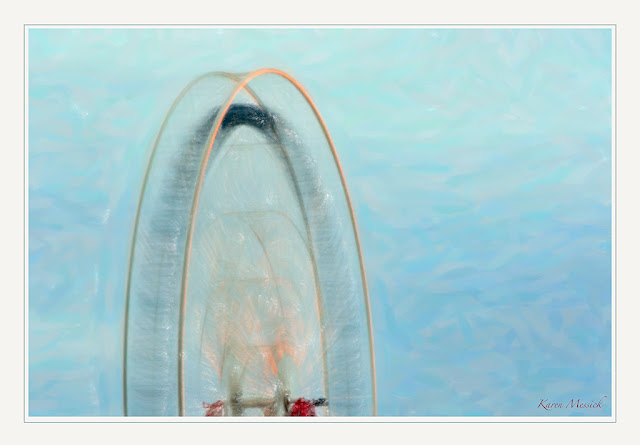 One of the workshop participants had a Nikon capable of multiple exposures which he had never explored when making images before. So I helped him set up his menu and experiment with 9 shots of the ferris wheel as it moved around. We tried to time the shots in the series as the lights on the wheel lit up. I thought the result was fun and I added a little Snapart3 effect to my shot in post processing. We also experimented with multiple exposures when making shots of the fishing pier as the very small breakers rolled in hoping to maginify the effect of the small breakers. I liked the resulting soft images I was seeing and post processed my shot with a touch of Snapart3. 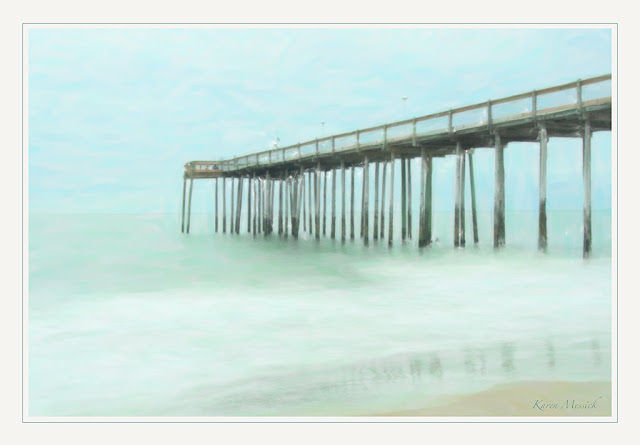