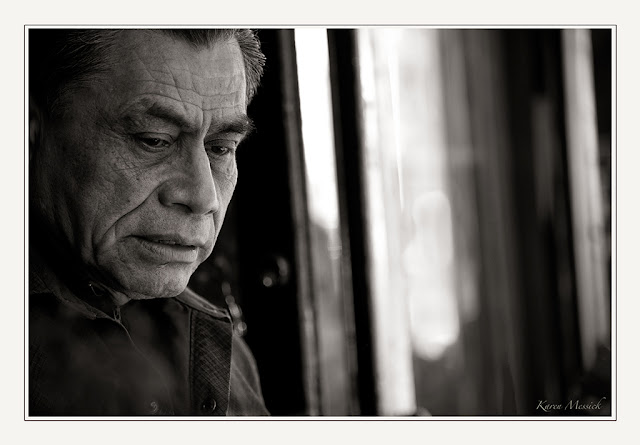 Yesterday I conducted one of my favorite workshops, the New York City Street Photography Day trip. I had a super group of participants. We started our walk in the Wholesale/Retail flower market and this man, an owner from Peru, was willing to pose for us at the doorway to his shop.
After working the street there we headed north up Broadway to brunch at the Brooklyn Diner, where the food is always fabulous. Today, as I reviewed my images several themes emerged...one of them was all about the men with great character! 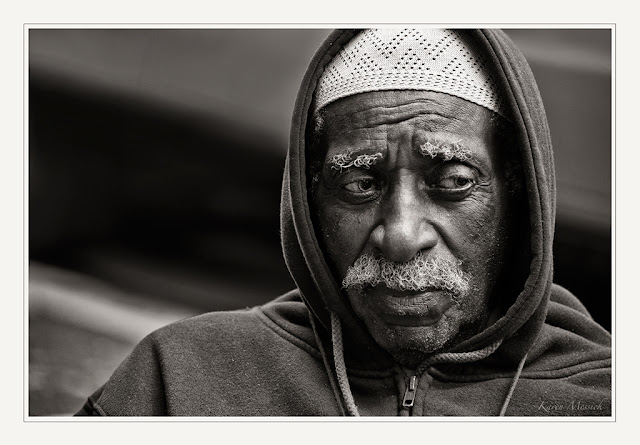 In front of the diner was a street vendor sitting by his stand. I saw him but in a hurry to make our reservation time I continued in to the restaurant. When we were eating breakfast we shared images we made on the way up to Times Square and Sue had grabbed a shot of the very same man, so I said we will have to see if he will let us all photograph him on the way out. So I stopped and began to talk with him and the group was making images, he loosened up and allowed us to make a few shots.
We walked on to Bryant Park and Grand Central then up Fifth Avenue. As we were walking there were quite a few Hasidic Jewish men walking the streets. I stopped and paused as one approached, and made a shot. 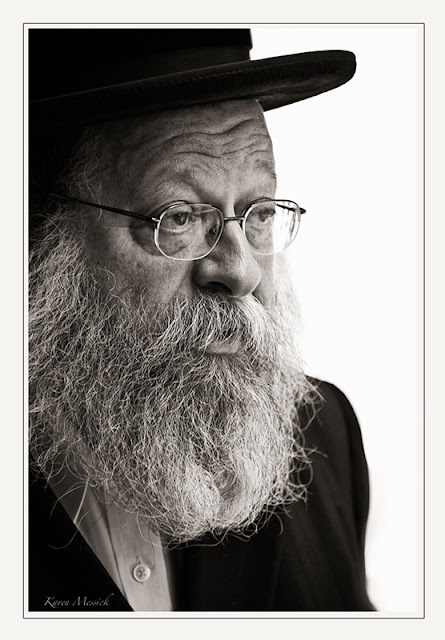 We also made a stop at Trump Tower for a coffee break. When we left the door guards had changed and this handsome man with a beautiful smile was now in front of the Tower, so I asked him if we could take his picture and he volunteered. 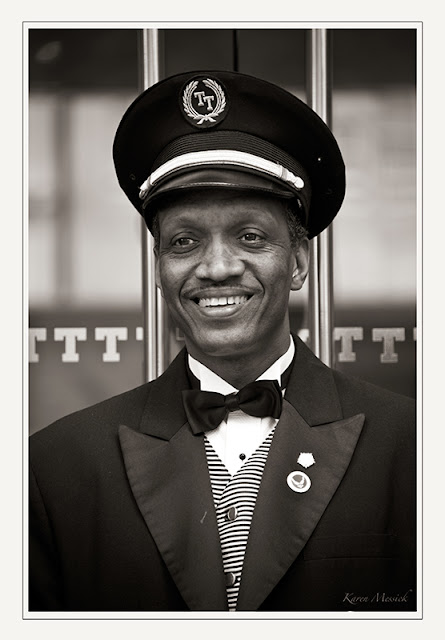 We walked Fifth to Central Park and made images of the Coachmen trying to solicit horse drawn carriage rides in Central Park. I spotted one Coachman waiting who looked Irish and I just had to ask. So I did, it broke the ice and he was willing to have his picture taken. 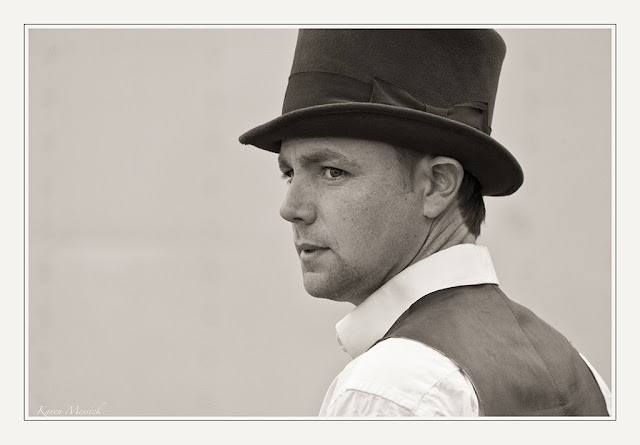 As we walked back downtown on 6th avenue to Juniors for dinner, I spotted an elderly man in the street with a cane hailing a cab...wow a classic image...as we all turned our cameras on him, he said to us "What is it you all find so fascinating about me?" before we could talk to him, the cab came and he he got in. I thought about the question he posed, on my way home...what was it that made this scene this man so interesting.....
Well, to me, he totally symbolized New York City's toughness. Clearly an elderly man from a different era, in an amazing traditional suit and hat....a throwback from gentler, more formal times, he seemed so unique now,  among the hooded sweat-shirted, plugged in earbud, iPhone folks which now are the norm on New York City Streets. Maybe he also reminded me of our human frailties, with his cane.....and  yet his independence was clear as he stepped right out to solicit a cab on his own. It was a perfect moment for what was really a perfect day on the streets on New York City! I will be scheduling another New York City Day Trip in the fall....hope you can join me then. All images were first converted in Nik Silver Efex Pro and then processed with OnOne Perfect Effects, for the sepia toning and blended back with the Nik version with reduced opacity. 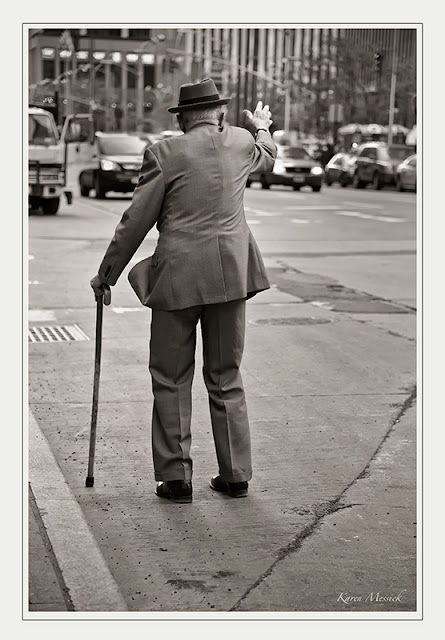 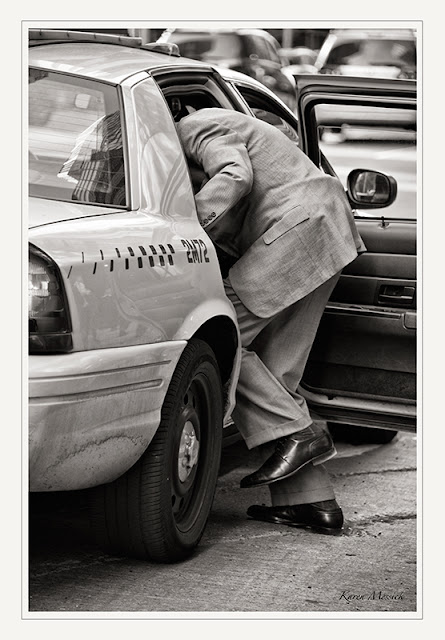 All the images here were made with the Nikon D4 fitted with the 28-300mm lens, handheld at ISO 1000! So awesome for street photography! and believe it or not...I was spotted on the street on Fifth Avenue by the same man that spotted me in Washington, DC with the D4...and he called out D-fah, D-fah...and we smiled and laughed like crazy that this could be true! He owns a diamond jewelry Kiosk shop on Fifth Avenue. He invited all of us in to meet his wife and see his business.
Yes even in New York City, it's still a small world!
at 7:38 PM