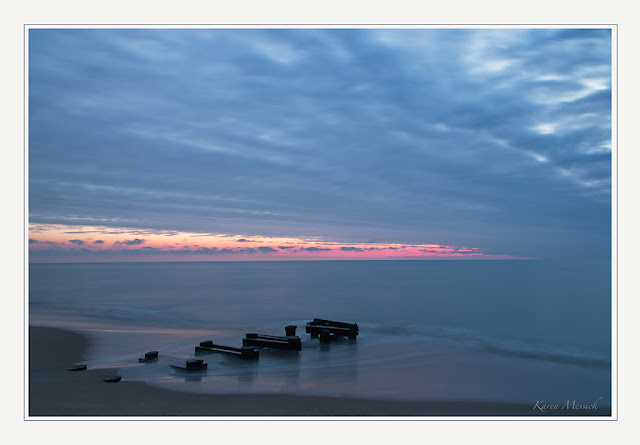 We decided to head north to Rehoboth to work with the remnants of the jetties, as a foreground element. Sunday's sunrise was interesting with the overnight storm moving out to sea. Usually with a low front moving out the waves are large, but this morning the ocean was more like a lake than the ocean with waves lapping the shore instead of breakers. As we watched the morning light come on we were working with very slow shutters to try and magnify the little wave action hitting the jetty, but it wasn't much, probably the calmest I have ever seen the ocean!
White balance is always a question students have and always seems to be a mysterious digital photography term. White balance for early morning light which is very blue can be set to cloudy or shady, or auto. Raw files can be easily manipulated to achieve different white balance choices in post processing. White balance settings attempt to make white subjects white, it counteracts the light in the scene...to achieve the objective of balancing white subjects to render them white. I often like blue in the images of early dawn. Its a creative option. I do always hit the eyedropper tool in the Bridge in Photoshop to check what if white was white as the white surf break should be and the result is often very dramatic. Sometimes I like it better, sometimes I don't but the bottom line is, there is a choice!
Here is the "White Balanced" image of the scene above which more accurately represents the scene.
I also broke the rule of placing the horizon in either the lower third or upper third of the scene. In this scene with the clouds and the jetty as main subjects the more centered horizon worked best. (Well, at least in my mind) 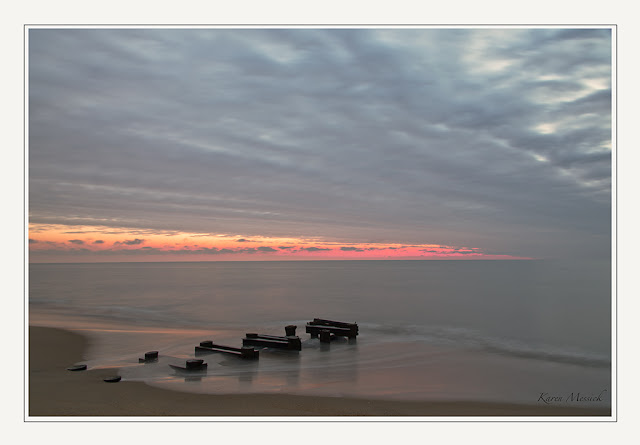 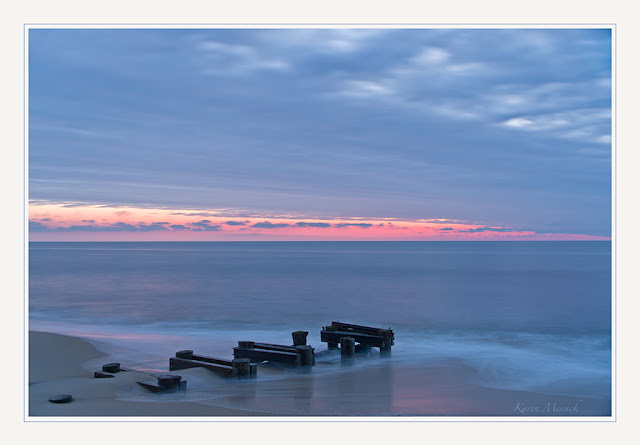 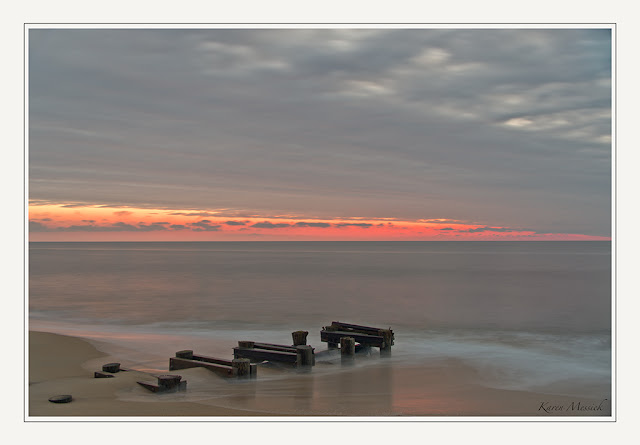 I'll be heading back to Baltimore in a couple hours.
My next workshop is for iPhone Photography on May 5, in Washington, DC. I have a few spots left. If your nearby sign up for some iPhone fun! Click here for more info and registration!
at 4:24 PM