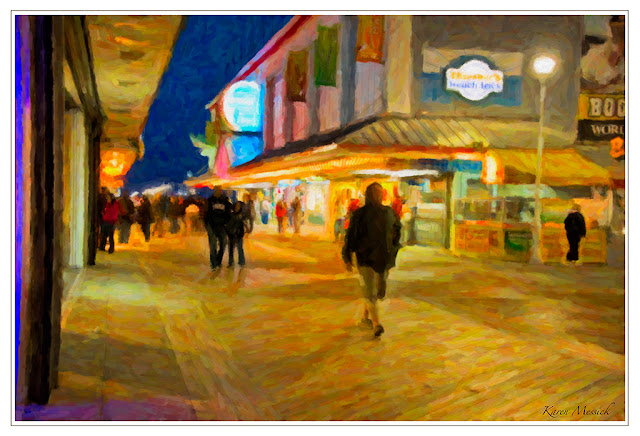 Last night I jumped in the Jeep and went down to Ocean City, Maryland with the D4 fitted with the 28-300 lens for some held hand night photo fun on the boardwalk and tested the limits of the D4's ISO ability..at16000, which at 52mm achieved a 1/60 sec. With vibration reduction turned on the shutter speed was enough to hand hold.
My test suggested, don't try it if you want a noiseless shot! (Well I just wanted to see, something told me that!) I was able to clean the image a little with Nik Define 2 but details are soft...so as a straight shot the shots were pretty much useless......but what did amaze me was the ability of the sensor to capture information in what appeared to be blown out highlights in the neon signs. When I hit the recover slider in camera raw the letters in the neon signs were there...now that to me was pretty amazing.
Having said all that,  the ISO F~stop combo was good enough to stop motion at 1/60 of a second at f~11 and come away with a file that can be used to make some fun conversions in Snapart3. I don't usually use Snapart3 to cover up issues with images but in this case I tried it and loved the effect I got..so don't throw away those files in the field! I liked this effect so much I might just go back tonight and really work it! Its been a beautiful week at the beach and it always ends too soon, but I gotta get back to Baltimore on Monday. Will be back for my beach workshop at he end of this month April 27-29 and will be looking forward to it! I have two spots left if you have some free time and want to join me! 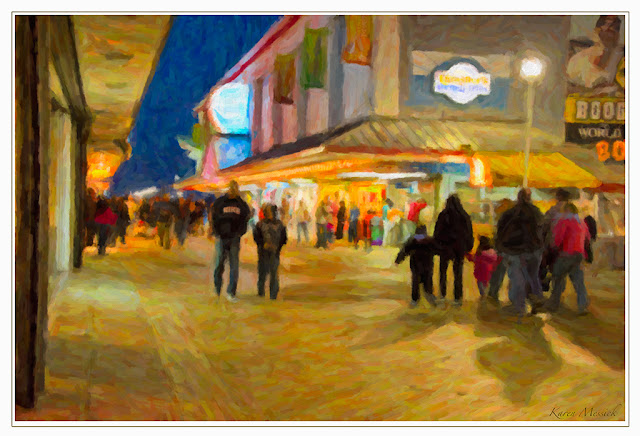 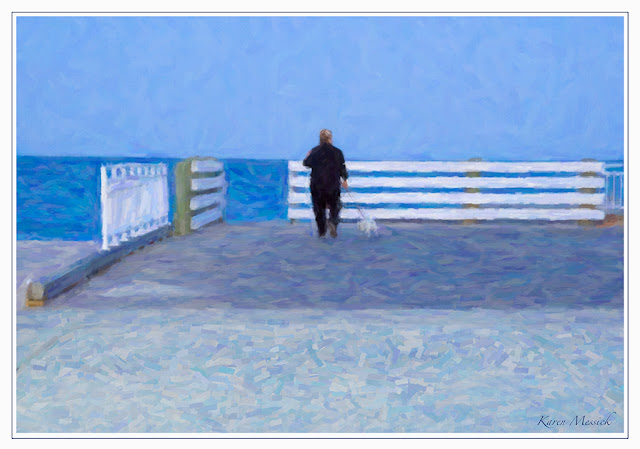