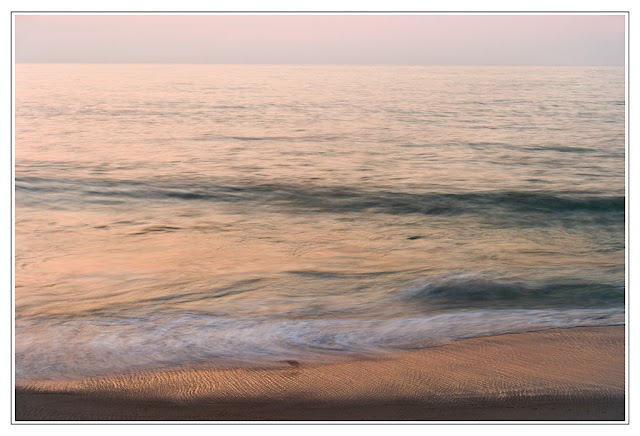 Before I get into the story....A note on the D4 and the 70-200mm VR1 lens ~ really, really bad vignetting occurs, so bad that is almost not worth shooting with, and the raw converter in Adobe Bridge does not correct for it satisfactorily. Sooo... unless you have the 70-200mm VR2 you will have to go shopping for a new 70-200mm lens.
I own the 70-200mm VR1 sooo I guess I shall need to upgrade that too. More $$$$.

Well here it is another decade! Geez, where does it go....this one I was really hoping would be measurably better than the last two "Birthday" Decades. I tend to think of life in decades....So you are saying,  What was wrong with the last two?....OK here's a little insight into my life...10 years ago, my birthday was spent in the hospice room of my dad who I swear hung on to life until August 23 because he didn't want to pass on my birthday. He was always so thoughtful!! It was a very sad time for me as we were very close. The decade before, on my birthday, I got dumped from a relationship I thought was going somewhere.....that hurt! My Italian, CPA, Aquinas College Professor boyfriend was messin' around on the home front in Michigan...while doing the long distance romance with  me! I had gone to Michigan my birthday week with the idea that we were going to have a fabulous week boating on the waters of Lake Michigan and into the Canadian waterways, but a couple days into the week he received a call. He said he had to return to Grand Rapids to tend to some family business, but that I should stay on the boat and he would be back. I spent my birthday alone on a 36 foot SeaRay docked on Mackinaw Island....only to be told two days later he was going to marry the woman he was seeing in Michigan because she was pregnant! Well, I guess I should have known better! We did have some great fun in the seven months prior to that fateful moment! Skiing, boating, biking....you know...fun stuff!
I can remember one birthday when I was working in retail, traveling the markets in New York that I was so focused on work the entire day went by before I even realized it was my birthday...I really was never one to celebrate but that's just a little too crazy.

Soooooo.......this year I decided to place myself by the sea! Barring a hurricane, it felt pretty safe!
No men! ;-) Just the sea, a few little sandpipers, the sunrise and me!
When I checked the weather just before heading out, the humidity in the morning was 100 percent, a  little damp. The stars were out and a sliver of a moon was visible....so it didn't look promising for a stellar sunrise but that was OK. I put my 70-200mm on the D4 and headed to the shore line thinking it would just be about the surf...in 100 % humidity there was no way I was even going to think about changing my lens once I was on the beach. The light was soft due to all the humidity in the air, a thick cloud bank was on the horizon, the sky was clear over head and the waves were gentle....
As the light came on clouds started to make their way east and overhead, not over the sea, so I made a few shots straight up of the beautifully lit clouds. 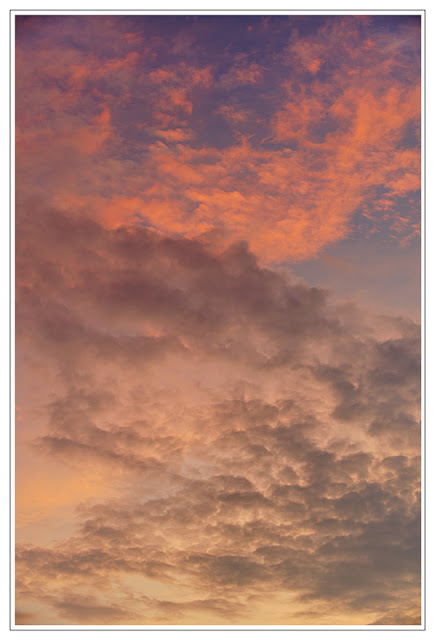 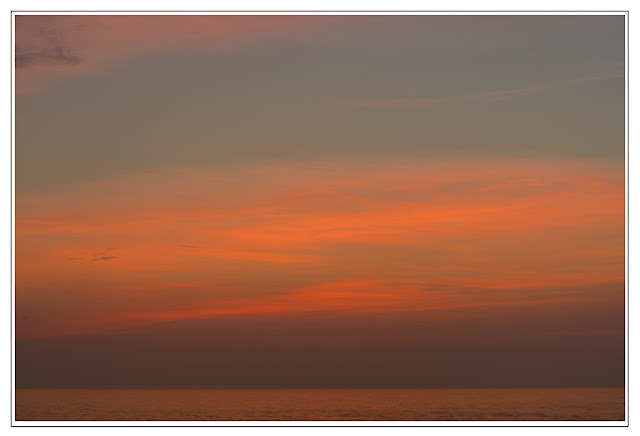 The ocean was flat and there was no wind. As the dawn came on there was for a few moments beautiful color in the sky. 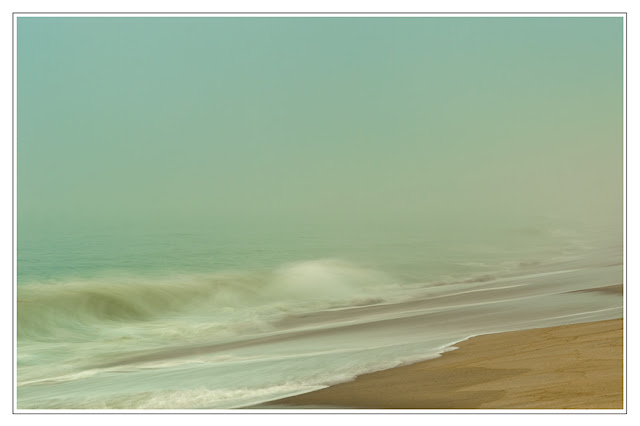 After the sun rose, I made this shot as the southern shore was bathed in a humid fog. Then I went to Jimmy's on Fenwick for a couple cups of coffee and breakfast... so far, so good.....here's to the rest of a good day. No decade!!! and if you read this far I hope your birthday decades are great as well!
Now I gotta go check on that Nikon 70-200 VR2!
at 11:21 AM