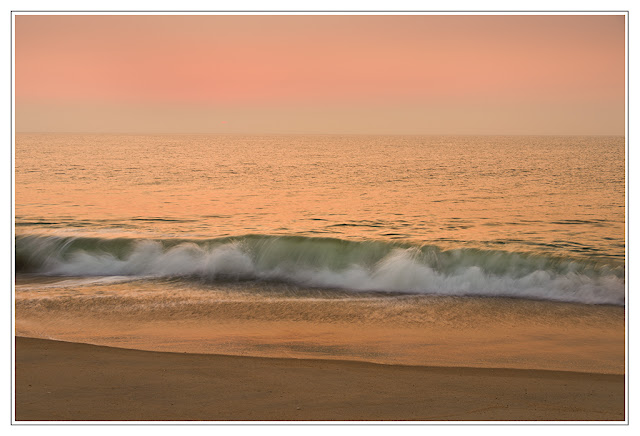 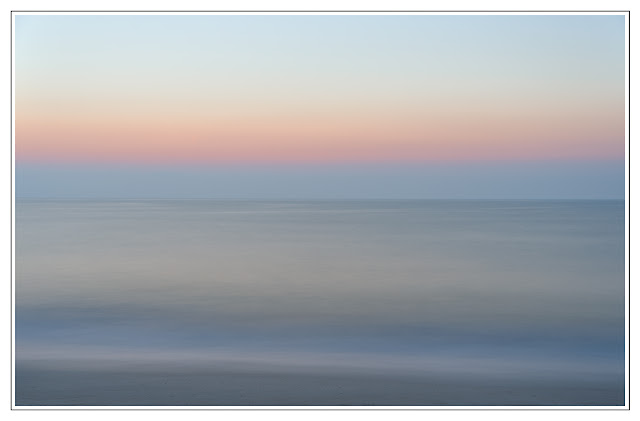 There is nothing like standing in front of the ocean waiting for the sun to rise over the sea, listening to the sound of the sea birds and the gentle waves breaking upon the shore. I do hate getting up that early but am always glad when I do! When there are no clouds in the sky except for a band on the distant horizon a long time exposure nets a pretty wash of pastel colors. I am on the beach early enough to see the stars...light changes quickly at that time in the morning. I can make a few really long exposures  any where from 7-5 minutes like the one above before the light brightens. As you can see here there were no clouds in the sky! :(
But there was some beautiful color and gentle waves to capture. I switched to using the 28-300mm this morning since discovering how badly the 70-200 2.8 VR1 vignettes on these type of shots. The 28-300mm also gave me an opportunity to zoom in and out for different comps. I don' like the 28-300mm as much as the 70-200mm VR1, as it seems not to be as sharp and it also has more chromatic aberrations, but in this situation it does fine. While it still vignettes, it seems that Adobe Camera Raw does a better job of correction than on the vignettes from the 70-200mm VR1. 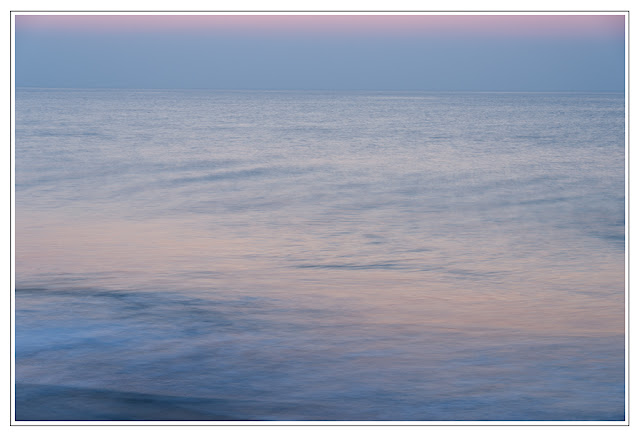 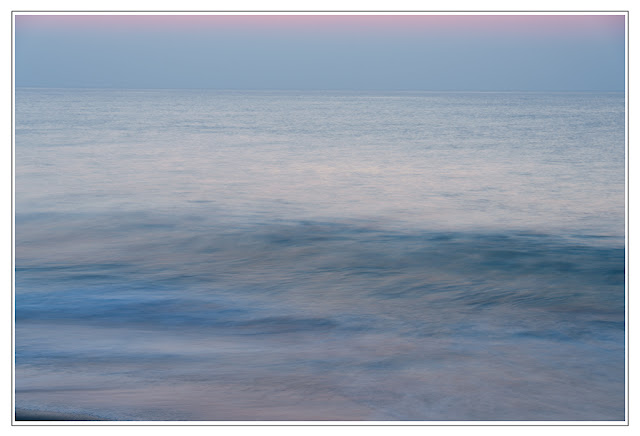 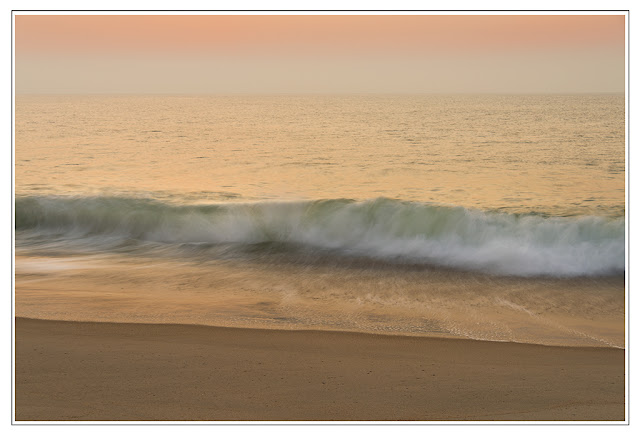 I love when I can capture reflected sky light on the top of a breaking wave such as in the image above. 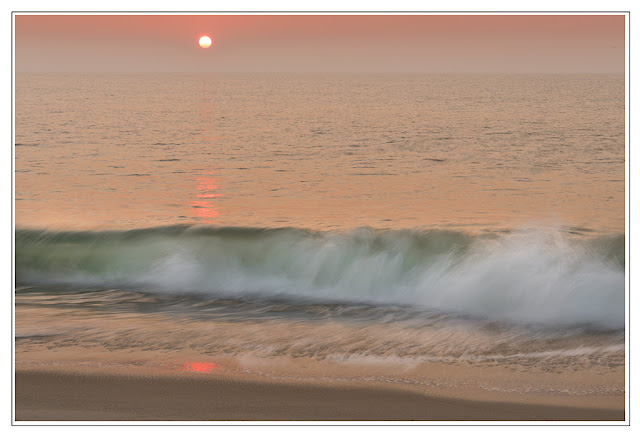 The haze or cloud bank on the horizon was so thick the sun was well above the horizon when it first became visible. Looks like it will be a great beach day, clear skies and warm temps are forecast.
at 9:26 AM