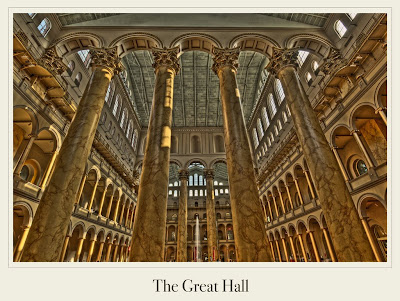 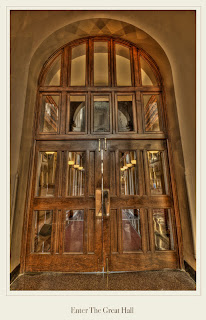 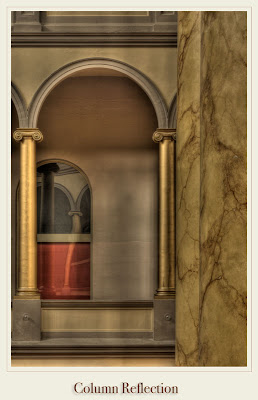 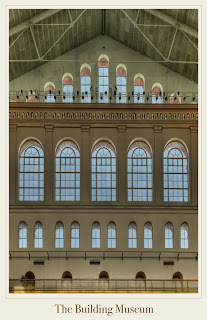 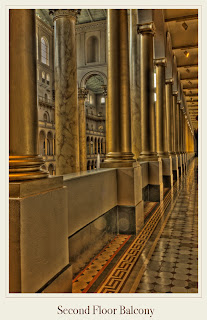 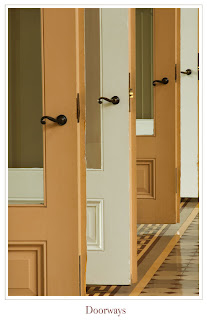 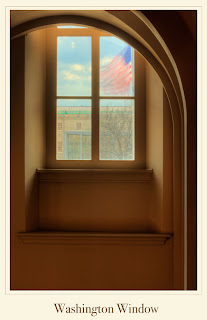 Barb wanted to go shooting today. I was a bit tired of farms and wanted to head to Washington to shoot the old Pension Building, now The National Building Museum. I had seen some shots made there by Charles Collier and Steve Harman and always had mentally book marked a visit there. Barb and I left Baltimore around 9:00 and after running into some proverbial I-95 traffic accidents, arrived at 10:30. The Grandeur of this place is overwhelming and there are a million images to be created here. Unfortunately we did not have that much time. We shot until around 1:30 and headed out to get some lunch. The information below explains the history of this National Treasure.

The Great Hall measures 316 feet by 116 feet, and is 159 feet at its highest point. The fountain is 28 feet across and still has its original terra cotta trim.

The Pension Building was erected to serve the needs of the Union veterans after the Civil War. During and after the Civil War, Congress passed laws expanding the eligibility for pensions of the wounded, maimed, and the widowed and orphaned of the Civil War. Designed by Army Quartermaster General Montgomery C. Meigs in 1881, and constructed between 1882 and 1887, the Pension Building housed the U.S. Pension Bureau, a Federal agency created to award pensions to Union veterans. Meigs, an innovator in 19th-century building technology, was also the engineer for the Capitol Dome and Cabin John Bridge. The Pension Building was his last, and what he considered his greatest, accomplishment. The building was designed to provide natural air-conditioning and light for its employees. By using air vents in the exterior walls of the building a ventilation system was created where hot air escaped through the skylights in the roof. The upward flow of air would draw in fresh air through the exterior wall openings. The Great Hall, another impressive feature, houses massive Corinthian columns that are among the tallest interior columns in the world. From the time it was built, it was derided as "Meigs old red barn" and criticized for not fitting in with Washington's architecture. There was an attempt to remodel the building to conform with the classical tradition, but when the General Accounting Office vacated the building in 1950, it was left as one of the few Italian Renaissance Revival buildings of its day.
Constructed of more than 15 million bricks, the Museum houses some of the largest Corinthian columns in the world and has been the site of 16 Presidential Inaugural balls, from Grover Cleveland's in 1885 to George W. Bush's in 2004.

The Pension Building was built as a memorial to the Union soldiers, sailors, and marines of the Civil War. This memorial theme is carried out by the exterior frieze extending completely around the building depicting a parade of military Civil War units. The frieze was designed and sculpted by Bohemian-born Caspar Buberl. Likened to the Parthenon frieze, the Panathenaic Procession was meant to make a statement about the power of the military in American society. The building has national significance because it represents the Civil War generation's own memorial to the Civil War. It has further significance because it was built for and occupied by the Pension Bureau, the first Federal veterans agency to operate on a national scale.
Now acknowledged as an engineering marvel, the Pension Building became the National Building Museum, created by an Act of Congress in 1980. The National Building Museum now serves as America's premier cultural institution dedicated to exploring and celebrating architecture, design, engineering, construction and urban planning
at 8:40 PM

Email ThisBlogThis!Share to TwitterShare to FacebookShare to Pinterest
Labels: The National Building Museum