Oh what an adventure we had today! We decided we wanted to take a trip to Cataloochee, after shooting a sunrise on the Foothills Parkway. So we had a good breakfast at The River Stone Cafe again and began our journey through the Weir Valley. We selected the northern path and had no problem until we tried to go south on Rt 40. and could not due to a rock slide. So we tried a high mountain two track which only looped around the top of the mountain and back to the starting place so it was a long ride..maybe four hours around through Rt 25 and 73 south...but we  made it, with no stops for lunch other than a snack..it get s pretty desolate...but we had a good time and Don even said he thought the road was closed because of aliens! In Maryland we would build a road in less time than it has taken to clear the road here...it must be some big government hush hush project...so we had some laughs and Chuck was a real trooper driving all day! We came back through via the Blue Ridge Parkway and were graced with a magnificent view of the Smokies at sundown with a beautiful sky. We made it back to Townsend by 9:30 and the only restaurant open was Pizza Hut! So we ordered two pizzas and almost fell asleep eating them! This morning we gave ourselves a break and slept in til 8:00 because the weather was calling for overcast all day and sprinkles...so we figured we could shoot waterfalls or rivers all day if we wanted..now off to breakfast! Oh and we saw Elk, Ruffled Grouse and wild Turkeys in Cataloochee...it was worth the trip! I only had time to process a few images this morning. 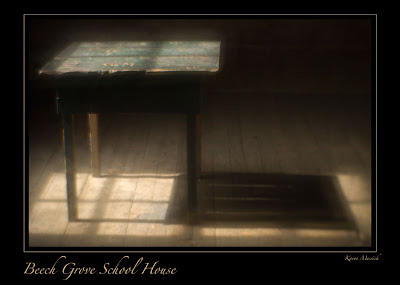 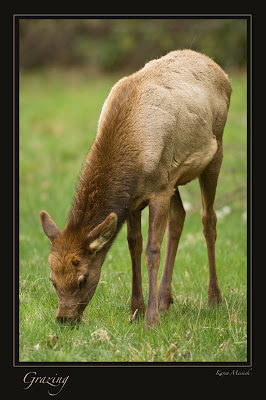 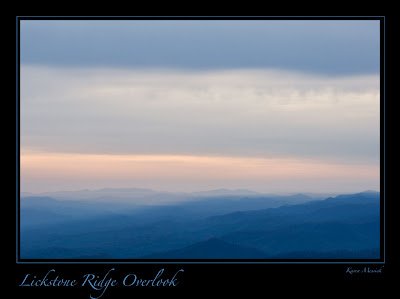