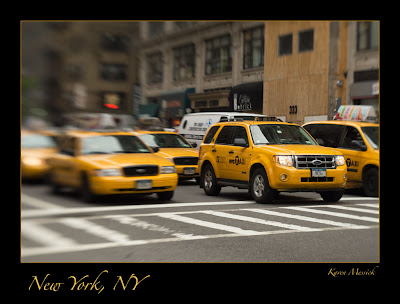 Yesterday a few of us from the The Baltimore Camera Club took the Megabus to NYC, a quite easy and inexpensive way to get there, especially for a day trip. I gave myself a project; shooting with the Lensbaby all day! I used to travel to NYC during my retail career and I love the city itself for it's diversity of life; from it's amazing restaurants, entertainment, art, music, industries, shops and humanity! There is just no other place like it! So I wanted to capture a little of that feeling. As soon as I got off the bus the familiar lines of yellow taxis flooded the streets....sooooo New York. 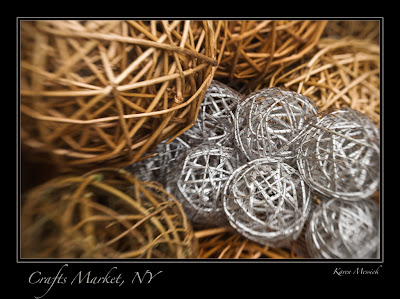 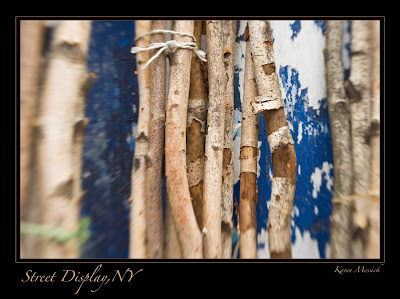 We were dropped off at 7th and 28th street, and we were headed to MOMA so we walked east on 28th and immediately found some pretty cool subjects outside a wholesale display store. I chuckled because here I was in NYC shooting pictures of branches and vines shaped into orbs...(just what a nature photographer would fine interesting?) Well after making a few images there we continued our walk. A fire escape intrigued me, especially when it was covered in graffiti. When I finished, I was already lagging behind the group...whats new? Well if you are going to take pictures, it requires some observation time, and we had plenty of time to get to 53rd st.so I was taking it. 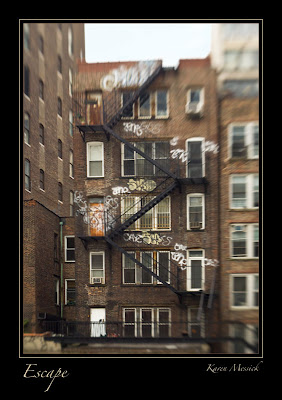 I had not been in NYC since they closed off the street in front of Macy's making a nice cafe style public space. So when I approached I enjoyed the scene with the canyon of buildings rising above the umbrellas and I made some images there. 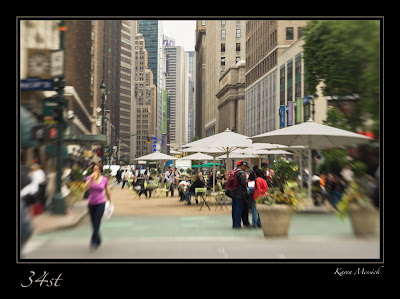 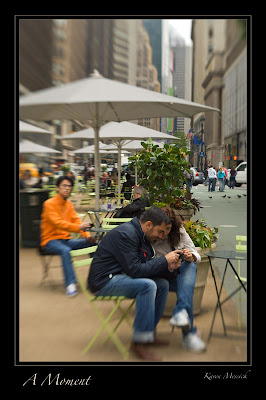 And as I strolled through the tables and street observing, my eyes fell upon a lady who had pulled a chair away from the cafe clusters and on to the sidewalk in front of Macy's, my old place of business. I saw some irony in the display windows announcing Rebecca Moses fashions for women on the go and the lady on "display" in front of the window, solidly "out of it" with her head on her suitcase; and then I was reminded of the other thoughts I have always held about New York, with the mega wealthy passing by the homeless strolling the same streets and sharing the delights and perils of life in the city. 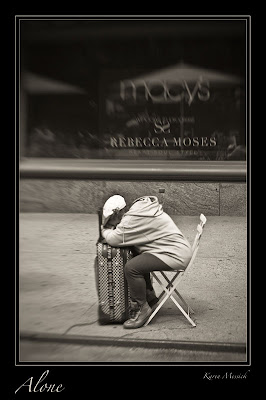 A little further on and a man had fallen out, on a cafe table, empty coffee cup and newspaper in hand, displaying headlines of the recent Terror Outrage, while a couple I had passed by was happily making plans for their day looking at the maps of bus and subway lines. 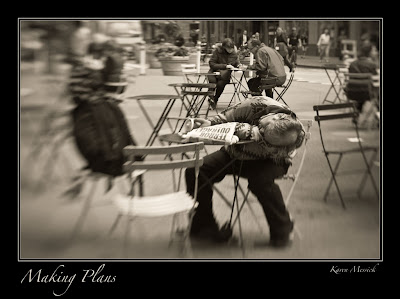 I left the cafe area and returned to walking north on Sixth Avenue. By then all but one member of the club had gone on ahead...but I still had plenty of time...so I didn't mind..actually photography is such a solo activity when I am actively engaged I like being able to concentrate on my thoughts as well.
The tall buildings have always intrigued me and I made a couple shots. 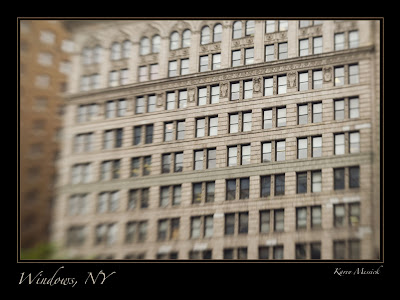 Walking on street level gives you the opportunity to see into buildings lobbies and store front windows. There are still many beautiful lobbies from the Gilded Age in our country and a few of them are well preserved. I shot this image through the window......I just love the architecture and design from this era in our country. 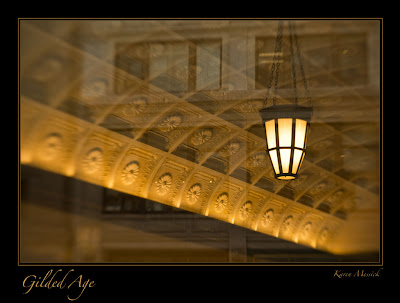 A little further north on Sixth and a pizza shop had begun to display their lunch time offerings and they look great! So I took a picture! ; - ) 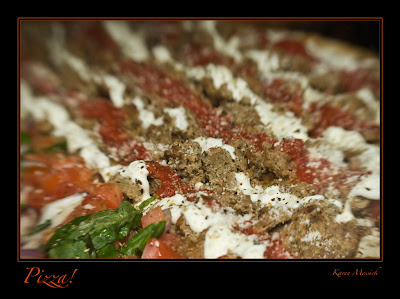 Another shop that caught my eye..well how could you miss the color blue was electric! So I made a couple pictures of the rotating chrome mannequins, while the shop windows reflected the office buildings across the street. 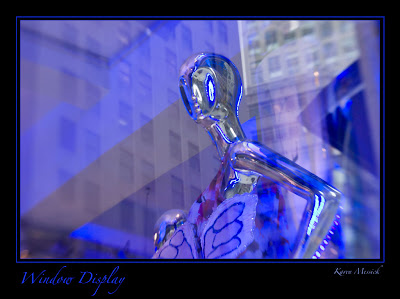 Then it began to rain, well I was getting hungry and we had walked to 43rd street and was very lucky to be right where the Brooklyn Diner has its Times Square restaurant, so we ducked in and had a great breakfast! Really great! Ok thats it for now, I changed the Lensbaby optic to the Pinhole at the breakfast table and I have to process those so look for those maybe tomorrow! Oh and; Did I mention, I love NYC?
at 2:42 PM