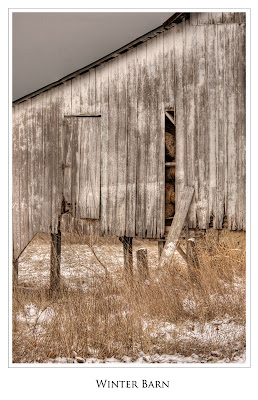 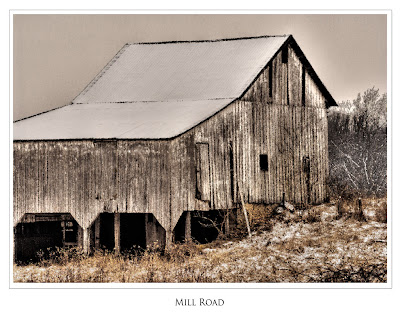 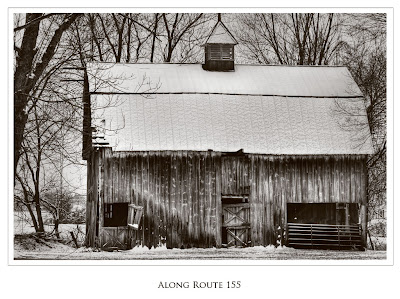 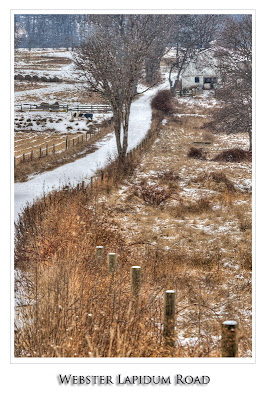 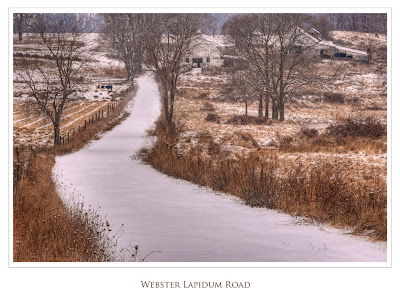 I got lucky and unlucky today, sometimes that's how it happens, a part for the washing machine was not shipped, so after waiting for two hours until 2:00 in the afternoon, the repair man said he could not fix the machine. I left downtown Baltimore thinking about how the farm I shot two weeks ago would look in the snow we had in this morning and even though I had not eaten lunch, I decided to stop at home and get my gear. I headed up 95N to Rt 155 and an hour later I was standing in the snow making images of that pastoral scene in the snow! Steve was on the road all day making images in the snow. He even ran into Arthur at Loch Raven in the morning. Steve called just as I was heading north to see where I was. Good thing. He spotted an old barn and directed me there as well, after I had shot another barn.

There is something about old barns that just moves me. Maybe its a desire for a simpler time, or maybe because they have long been a subject of artists interest embedded in my brain and I am recreating those images in my own way. I often wonder why they became abandoned, all though I am sure it was because the farmers just couldn't cut it or the family moved on when a parent died who was the tender of the farm. It was a short but wonderful afternoon in the snow, before the light faded and it was time to go. As a photographer it is always a good thing to revisit places as there is always something else to see, or the light is different or the conditions have changed.
at 8:52 PM