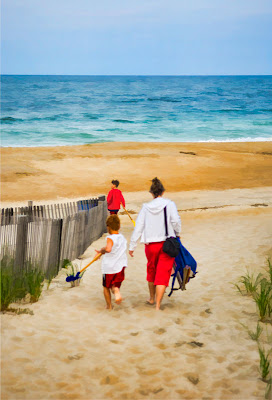 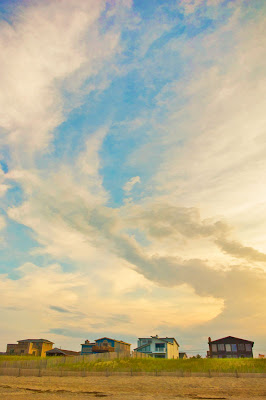 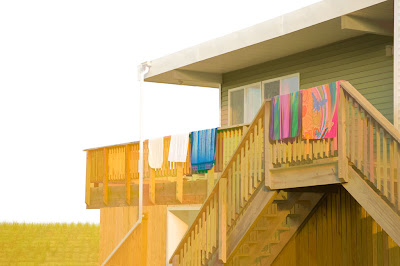 Well I finally made it to the beach! After running the car to Valley Motors at 7:30 in the morning, and having a diagnostics test, it seems as though the carbon filter has trapped enough carbons that it needs to be replaced, there was no part on hand to do the repair, but I was also told there would be no damage running the car all week with the annoying light on! I made an appointment to get the $700.00 repair done when I get back. So after packing the car, one more lawn cut, and delivering some prints to Valley Framing, I headed for the beach. Gee, it used to be so simple, some clothes some towels and sunblock, now it's the laptop, camera gear, cell phone and chargers for everything....well, I made a few shots hand held on the beach as evening fell and processed them with the same kind of look I have in the past with Topaz for an artsy look. I also brought some prints with me, of the images I made last time I was at the beach, to take to the Rehoboth Art League for sale.
at 10:14 PM