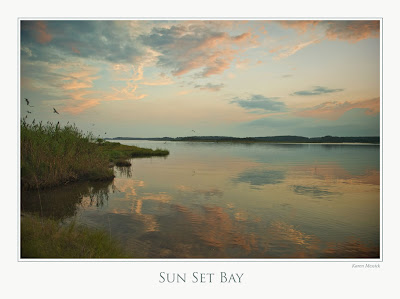 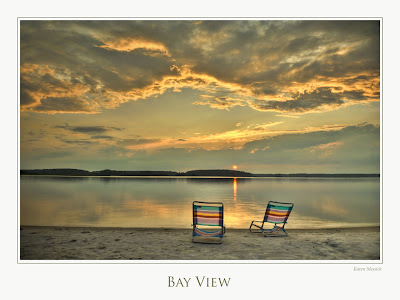 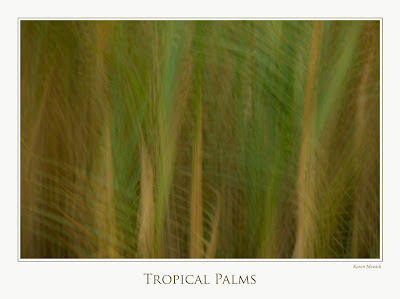 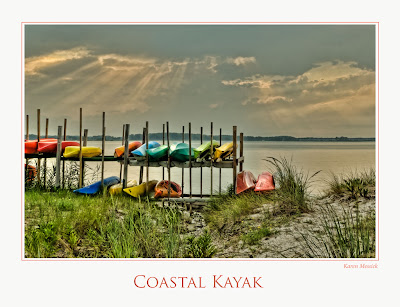 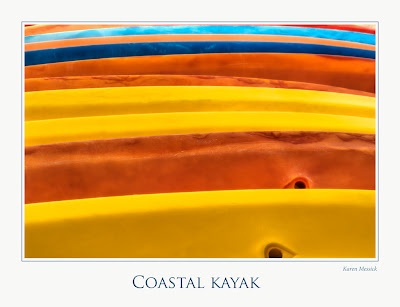 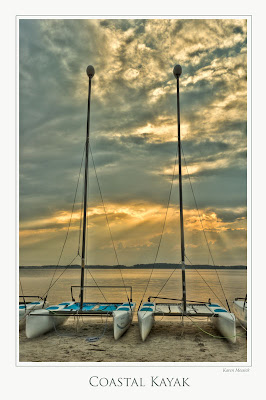 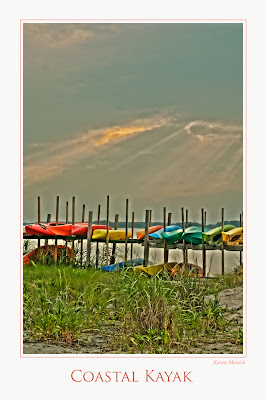 Today, I awoke to a torrential down pour and thought, well that's it for the beach today, but shortly the rain cleared and I headed to the beach. The waves were still pretty big so I just waded in and played in the break for a couple hours. I had an early dinner at Captain Pete's Mediterranean Cove
I enjoyed their onion soup and dolmades, and of course some baklava. After dinner I headed to Coastal Kayak for some evening shots. As I was loading my gear in the car I saw some Frags by the lot and thought they might make some nice multiple exposures, so I played with that hand held for a few minutes. I left Coastal Kayak and, I was heading to O.C. for some Icon shots, on the boardwalk, but found myself in a traffic jam and said no way! Back to Bethany and Fenwick.
I pulled into one of Delaware's bay sites and there were two chairs unoccupied by the bay, with not a person in site, just sitting there, so they made a perfect addition to the scene, and a great escape from the traffic jams in O.C.
at 10:49 PM