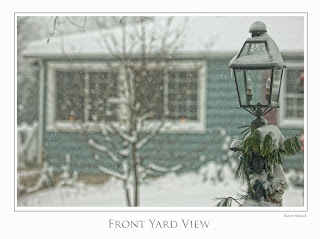 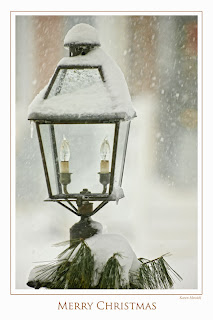 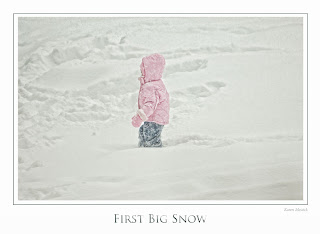 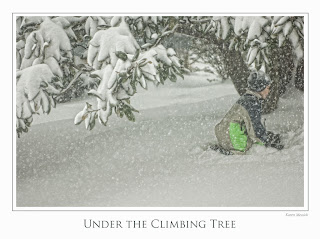 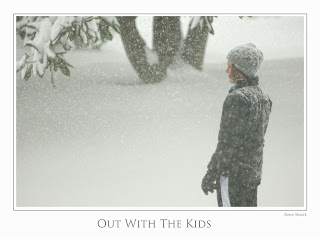 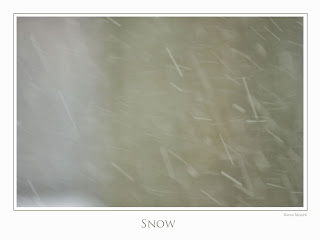 Well who knew!!! we would get such a snowfall this early...maybe Mike Kalcevic, who said early on it was going to be a bad winter after looking at the woolly bear caterpillars with their very black coats in fall. I went out around 10:00 am and cleaned the car and driveways, but didn't think it prudent to get in the car and drive anywhere to take some photos, so I came in after I finished shoveling. Then I did some office work, thought I was going to wrap some more presents, but instead after looking at some images Steve Harman made in his yard in the morning, decided to do some hand held window shooting.....OK, OK it was just a photo jones to see what I could do...out the window! I love stopping the snow flakes as they fall and they were coming down pretty fast, so I needed a fast shutter speed. Deciding to hand hold with my 200 mm 2.8 I cranked the ISO to 200, and set the aperture to 2.8. I like shallow depth of field and since I did not have too many vantage points wanted to minimize my backgrounds...some of the shots I liked but of course because I was hand holding were not sharp, so I put some through Topaz for a little bit of an artistic look..my neighbors out with the kids made some nice subjects.
at 3:30 PM