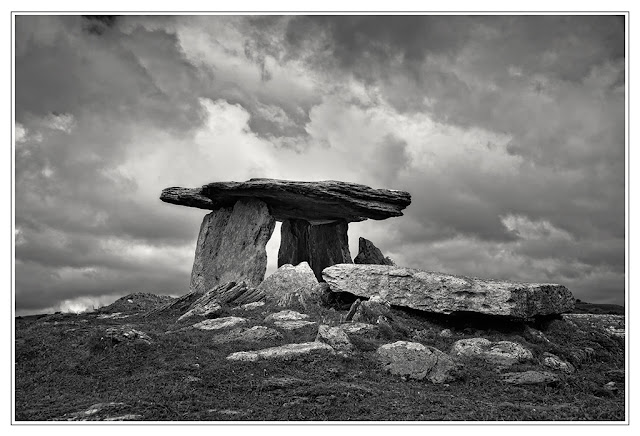 These two locations, both located in the Burren, the Poulnabrone Megalithic Tomb, and Caherconnell Stone Fort were on my visit list, whether or not the light was right for making images, I wanted as a "tourist" to visit these ancient sites. After sleeping in til 7:00 am then enjoying breakfast at the hotel I headed for the Poulnabrone a short ride down the N67 to R480.  One thing I found to be different from my personal journey, than the photo tour the previous week...I was not chasing the light with early mornings and late sunsets.....driving myself around and shooting when I wanted was enough energy spent.  I didn't want to push myself on strange roads in the dark, so mostly I enjoyed breakfast in the hotels and then started my day, I was really a tourist with a camera, there was a significant shift in my routine. Upon arriving at the Poulnabrone Megalithic Tomb, I enjoyed just looking at the site. It is cordoned off with a simple rope and pole circle. I walked around the entire ring looking for the best place to make a shot. When I decided it needed to be low and shot from under the ropes, the location I decided to sit down in and work the scene seemed to be "used" before...I laughed as it is probably where all those other photographers put down their tripods. I waited for a long time for people to move out and for the clouds to move in where I wanted them. I enjoyed just being there and thinking about the people who built this tomb. Amazing! The land stretches out around it with limestone pavement of clints (blocks) and grykes (crevices) resulting from eons of water erosion through the limestone. I was fascinated with these patterns in the rock, so I hiked around a bit until I came to a sign that said "No Entry," walking over these stones was like a game of hopscotch! Shortly after making these shots a double decked bus loaded with students pulled in and the rocks were crawling with teens! Time to move on! So I headed down the road to visit the Caherconnell Stone Fort. 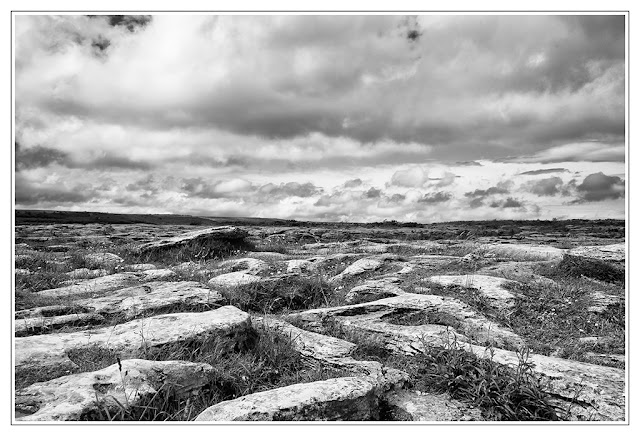 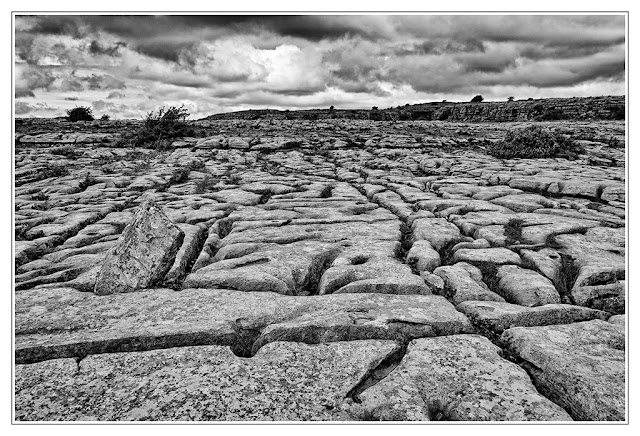 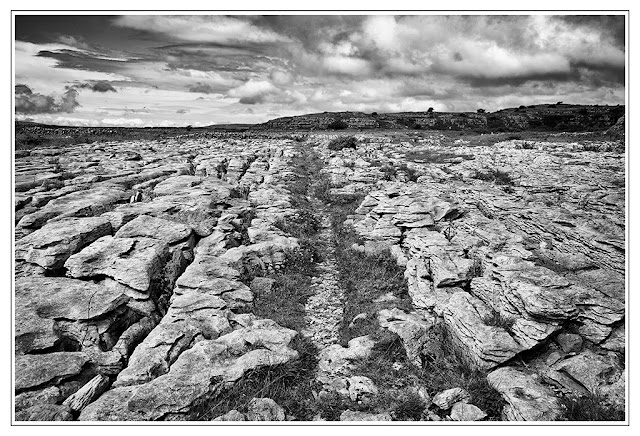 The weather was beginning to break and the blue sky was different to see in the landscape so I left these shots of Caherconnell Stone Fort in color! The "fort" is not a military fort but a place where people lived encircled in stone. Ringforts such as Caherconnell are thought to have been inhabited from 400-1200A.D. However a description of the site at Caherconnell, in the early 20th century by local historian the late Dr. McNamara of Corofin Co. Clare suggests that the entrance to the fort may have been re-built in the 15th or 16th century. This suggests that this fort may have been inhabited up to the late medieval period. Amazing!
It was a great morning....discovering ancient Ireland...more from day 12 on the road in Ireland tomorrow. 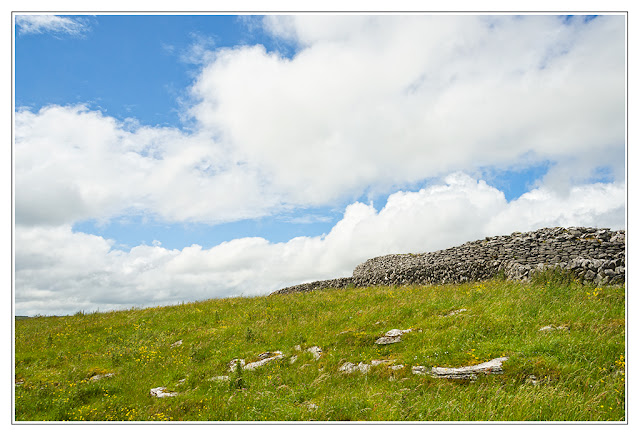 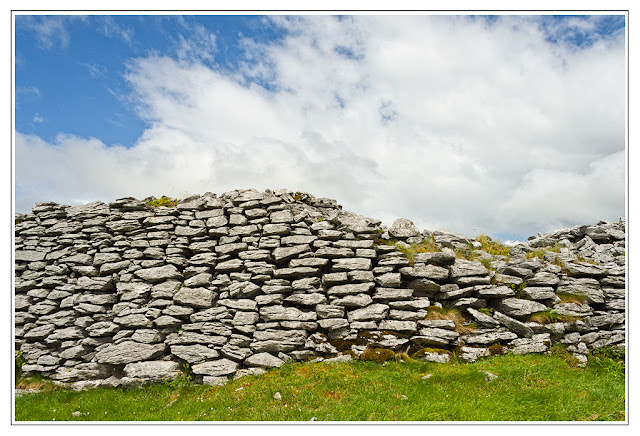