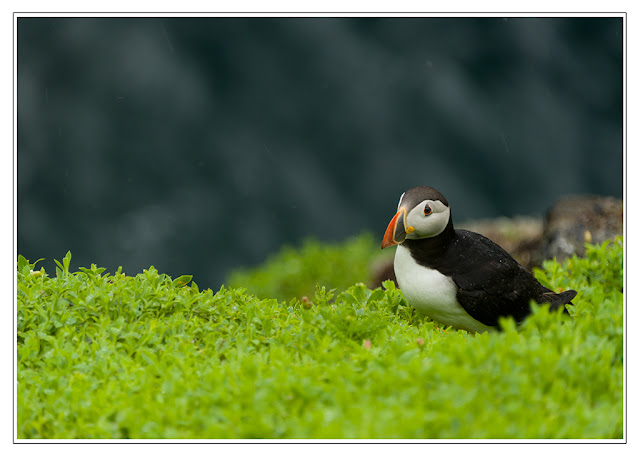 Skellig Michael is a destination that was on my bucket list! It is so unique! Talk about off the beaten path! Skellig Michael sits 11km off the southern coast of Ireland. We headed out to the dock in the morning to board the small boat. We had to boat hop a couple moored boats to get on ours. On the way over it began pouring rain and as soon as we were out of the cove the seas became rough. So I said, OK, if nothing else I could say I was there. The ride over was pretty cool, sitting on deck with my rain gear on, pants and jacket, getting hit with sea spray...sucking up diesel exhaust and having a carnival like ride holding on to my seat with each passing wave...6-9 footers....it was a real "feel" of Irish sea life! (in all sincerity, I loved it! as I love the sea! but this is a valid account of the experience!)
Needless to say the big camera was in the bag in the cabin avoiding any disaster of getting wet or tossed over...so all I had was my iPhone to capture a shot or two on the trip over but that will be on my iPhone blog later...Upon arriving we all got our gear and headed out in the rain to see what we could for the next couple hours of shooting.
We first encountered the Atlantic Puffins as we made the long walk up the ramp to the guarded steps to the top. I stopped with my gear still in the bag, and just wanted to talk to this one guy, as I softly whispered to the little Puffin with my hand outstretched he was moving my way, until the rest of the guys came and spooked him. Fortunately there was a covered space along the walkway and I assembled my camera to grab some shots. These are the cutest birds. The rain drops were rolling off their backs as they stood on the rocky cliffs. I had already made up my mind that I was NOT going up the 600 or so steps to the monastery ruins, although I would have loved to see and photograph them. It was just too rainy and windy. SO, I stayed on the landing and made some shots of these guys. 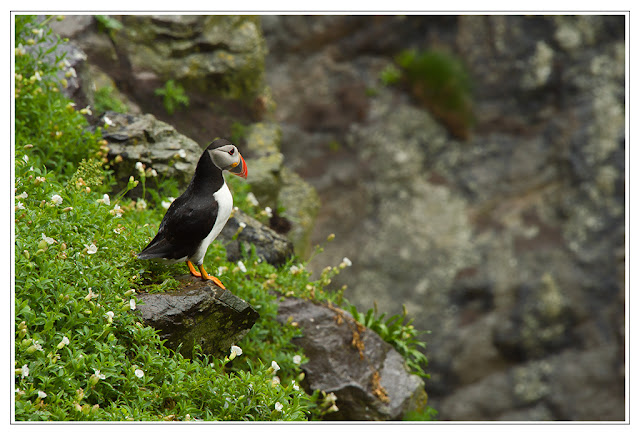 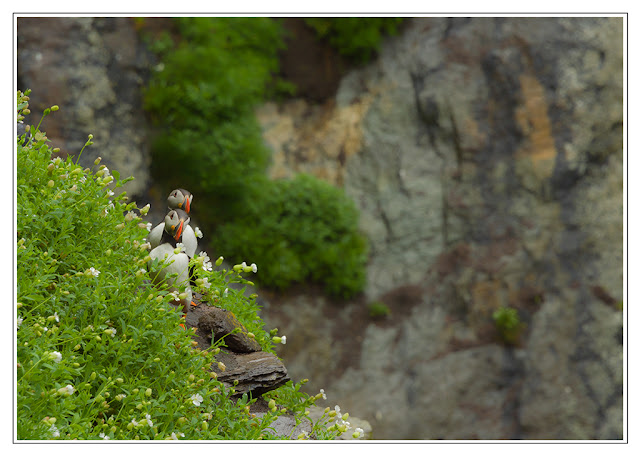 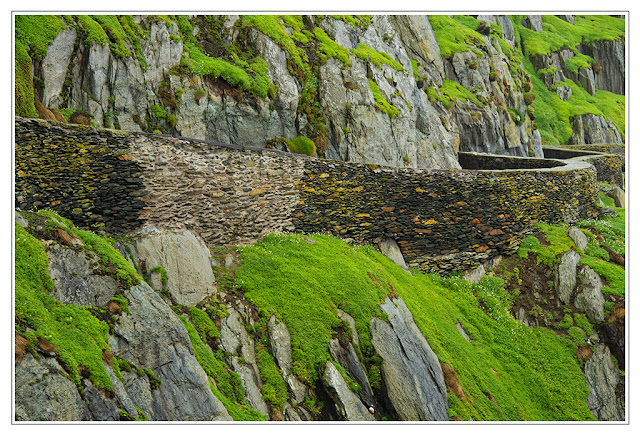 The ride back was equally as exciting in the stormy sea! It was a fun day on the sea and Skellig Michael...but I was beat, cold and wet when we got back to shore. A combination of travel and late nights, (the sun goes down at 10:00) and early mornings (the sun comes up at 5:00) had taken its toll. I looked forward to a hot shower a great dinner and a good nights rest.