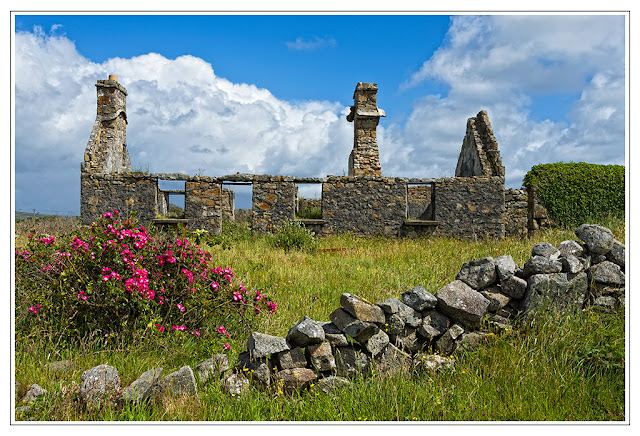 My next stop was a beautiful, area between Doorath and Spiddal East on the R336. This area was dotted with traditional coastal homes in a rocky barren type grassy shore edge landscape. It was also dotted with what I assumed to be from the architecture, potato famine abandoned ruins. I can not even begin to imagine what life was like in Ireland at that time, but it must have been just as horrible as it gets, splitting up families, dying populations and people emigrating in record numbers from this beautiful land. This ruin stopped me in my tracks! Could those roses really have been planted by the long ago woman of the house or did the seeds drift along in the air, root and take hold growing wild in the front of this once lovely home. That was my question? As I stood there framing up this shot the wind was howling through the structure with and eery sound. The rain had blown out and the sun was shining for the first time in days. 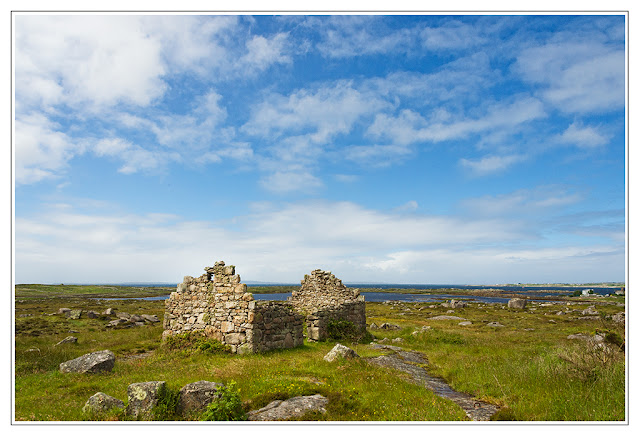 This area also had a great traditional thatched cottage home fitted with a proper half door. The half door of the thatched cottage, usually painted red or green, had several functions. It kept children in and at the same time kept unwanted and unwelcome animals out. It allowed fresh air and daylight to enter as well as providing a suitable armrest whilst contemplating or chatting to passersby. It is said that a man standing at the door would be wasting time but a man leaning on the half-doors would be passing time. I could not get a great angle on the house due to the fencing but I made a few shots anyway; it was such a charming property. 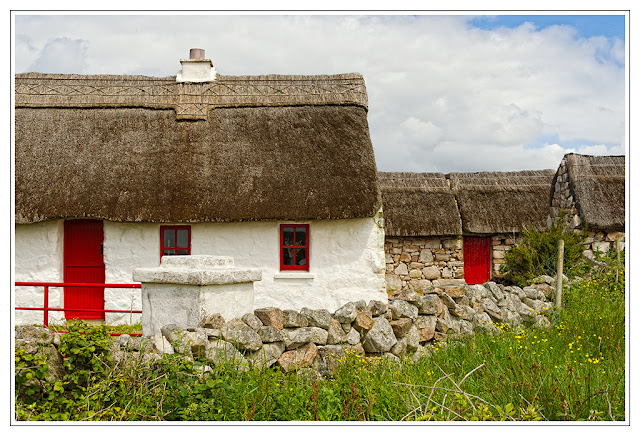 By zooming in on the windows I was able to see that the owner had a beautiful pewter lantern in one window and a dried flower arrangement in the other, so I made a couple shots of the windows. I could have worked this area for hours but I had a long way to go so I packed up and headed on. 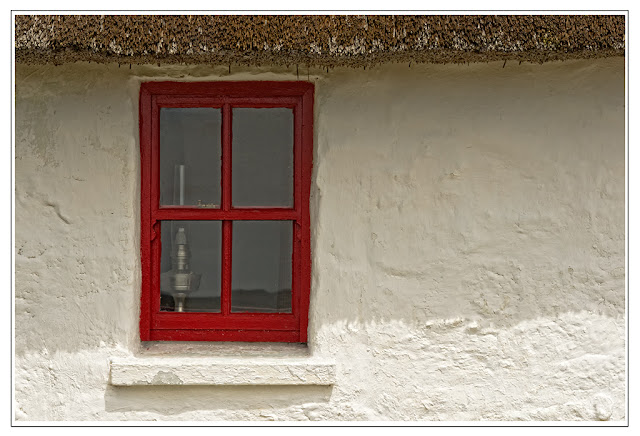 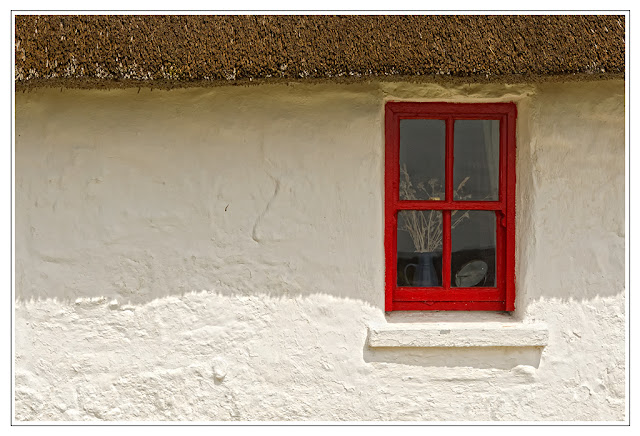 My next stop was along R336 Furnace Road at Furnace Lake. There is a little coffee shop, Lakeview (Radharc na Locha) Coffee Shop where I decided I needed to stop, refuel and make a shot of the beautiful lake across the way from this cute shop. More from the road in Ireland tomorrow..... 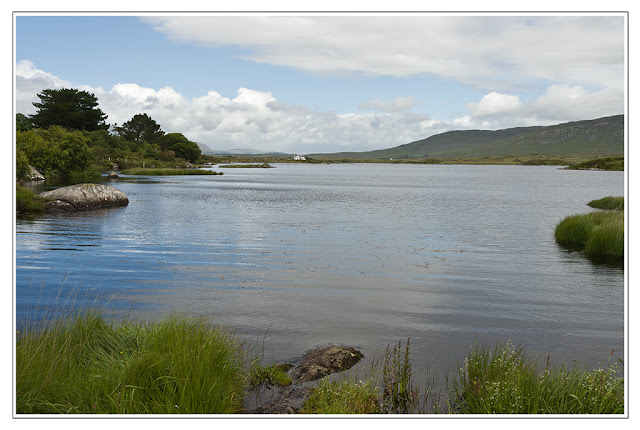 Email ThisBlogThis!Share to TwitterShare to FacebookShare to Pinterest
Labels: Ireland