Day 13 On the Road in Ireland~ Ballyvaughan to Galway 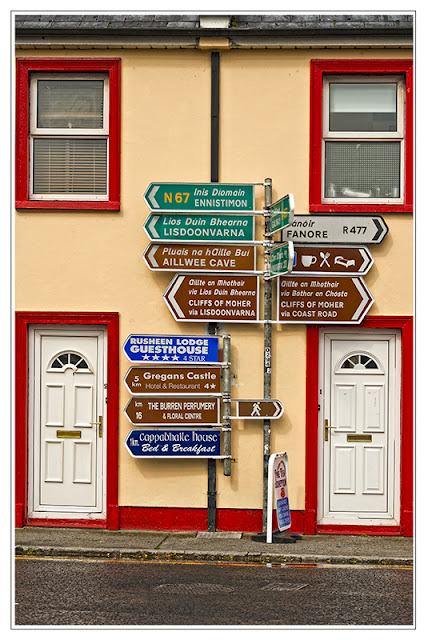 This day was a transit day moving from one hotel to another so I spent time packing up and map checking in the morning over a traditional Irish breakfast in The Hylands Burren Hotel. I realized I had not taken any shots in the town other than with my iPhone the first night I made a walk around the harbor. I had seen a sign marker in town at the crossroads and I really wanted that shot. After loading my gear in the car and checking out I grabbed my camera and went for a walk in Ballyvaughan. I just loved the road signs in Ireland!!! While you had to stop, to really read them, they never left anything out! The shot below was a scene I came upon walking down a side alley. It made me smile! The Irish have a sense of road humor....and as I was getting on the road today it was a good reminder to be careful and pay attention. I found it difficult to be a photo scout looking for shots as well as being a driver, so I had to work on those skills too! Thankfully my mirrors never looked like this, and quite by accident I found that the side mirrors on the car had an auto-collapse button for parking or close passing! 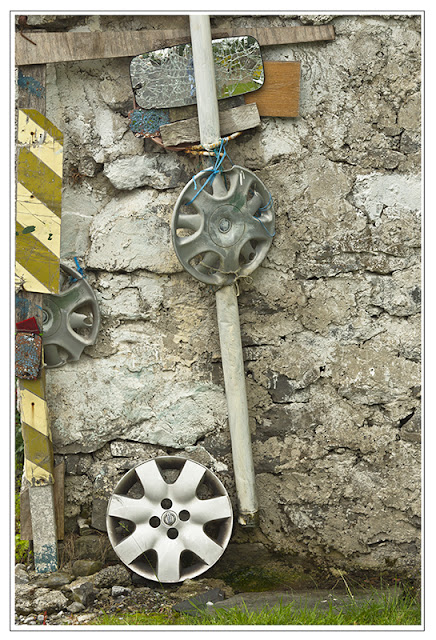 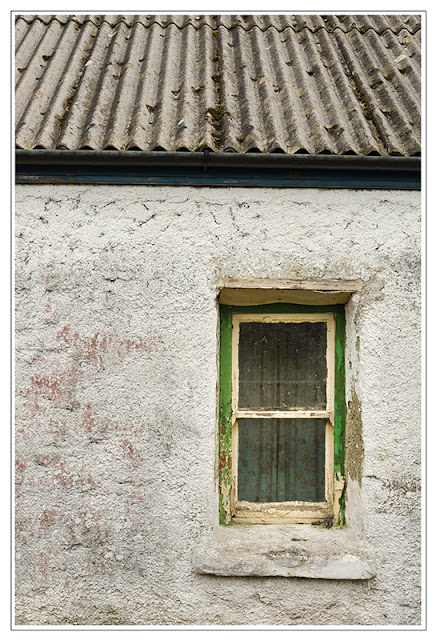 I loved the textures on this house with its window jam in need of paint, the stucco and ridged roof. By 10:00am I was back on main street and found this man coming out of the liquor store with his Connemara Whiskey. I chatted with him for a few minutes and he invited me to join him for a drink! I told him it didn't go well with driving but thanked him anyway! I did ask him if I could take his picture and he obliged! Then turned and entered his place across the street from the liquor store. 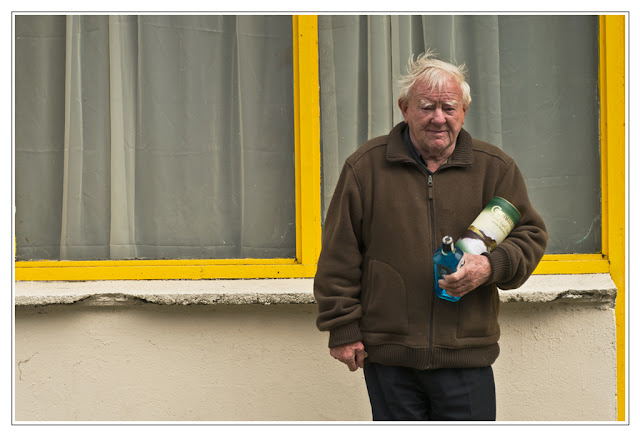 As I was heading back to the "car park" to get started on the day, this lady came walking down the street...so I had to grab that shot! I really wanted to hang around a while and make more people images but I had to hit the road......more from the road tomorrow...