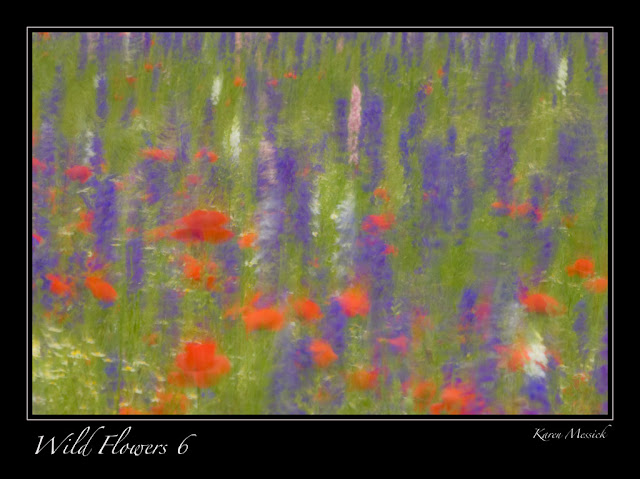 When I was learning photography, a general rule of thumb was to shoot flowers in early morning, on a calm day and in soft overcast light. For the most part I still agree with those guidelines if you are doing close up macro shots of beautiful flowers tack sharp! However we have such a potpourri of techniques and such an acceptance of images that express a real creativity that I believe and I hope these images convince you that yes, you can create beautiful flower images in mid day on a sunny, windy day with big puffy clouds passing overhead giving moments of soft light and hard light. I used the multiple exposure capability in the camera, the swipe technique, the soft focus Lensbaby, the double glass optic Lensbaby and yes even a straight shot or two with my 70-200 mm lens.The best part was, we could not even see the LCD  to know what we were getting the light was so bright. We just kept shooting. So here's the story behind the  images........

On the way to the Blue Ridge Parkway this past weekend and many times in the summer I have admired patches of wild flowers growing with massive color in the middle of the highway. Being of a somewhat conservative mind, I have never tried to cross a highway or cause some driver distraction on a very busy road, so I have always passed up the temptation. However, at the end of the highway drive this past weekend where Rt 81 intersects Rt 606 in Virginia, there was a patch of wild flowers at the exit ramp in a relatively safe place to photograph! Yahoo. So on the second day we were in Steeles Tavern, Virginia, I asked Annette if she would be fine heading back to the flower patch, even though the temperature was 85 degrees, it was bright sun and the wind was blowing like crazy...she was game so after a sunrise shoot, breakfast, and a little stop to shoot an old general store, we parked at the truck stop and walked over to the field of wild flowers. I made 100 images there before we decided to go; and honestly I could have made 100 more, but we were getting very hot and needed a break.
These are just a few, I processed today. Now I have to get to work on getting caught up around here and finalize the plans for the Annual Awards Dinner on Wednesday night for The Baltimore Camera Club. 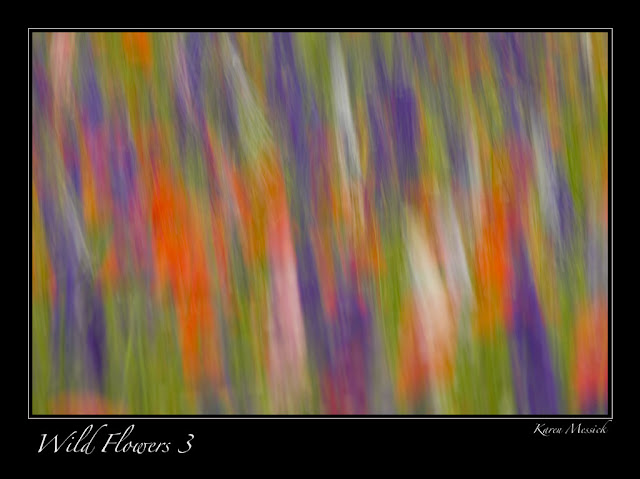 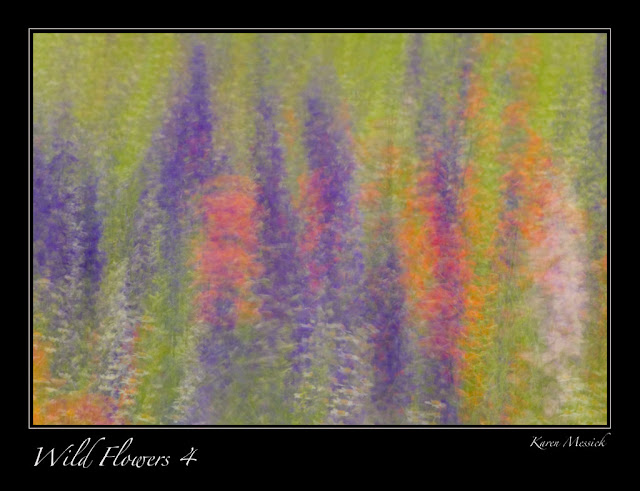 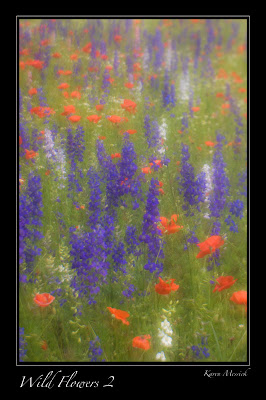 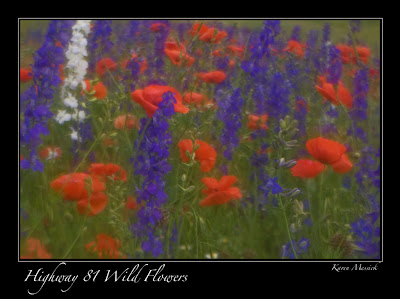 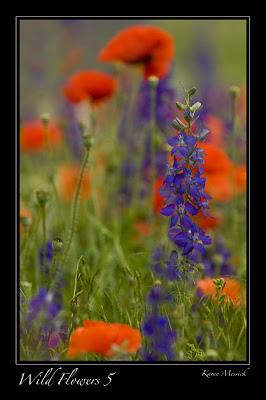