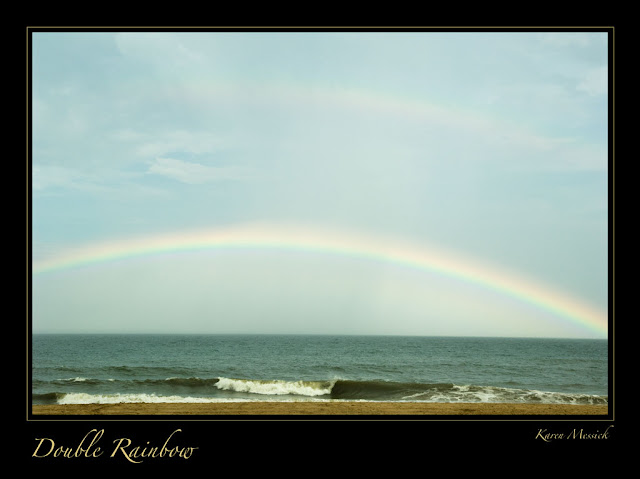 OK, so this week, the Double Rainbow Guy in California went viral on U-tube...if you haven't see it, it's pretty hilarious...so when I saw the sun breaking out this afternoon around 4:30, I grabbed my umbrella, yes it was still raining, and camera and headed to the beach. It was not too long after I got there that the rain ceased and yes a double rainbow appeared....I might not have seen this had it not been for my friend Steve who convinced me to stay at the beach another couple days! So thanks Steve...the beach was empty except for the life guards who were about to finish their day.

I also thought maybe there would be a really good sunset tonight so I went out but noooooo.........so that's it from me for the day! 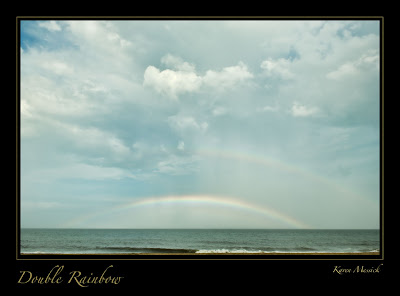 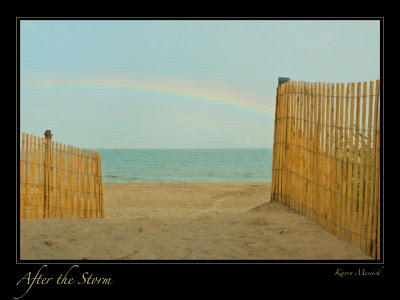 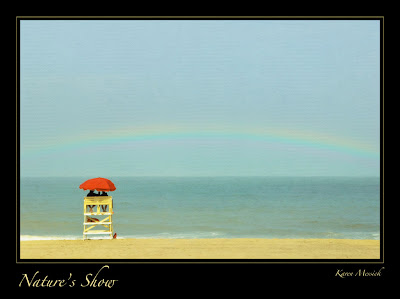 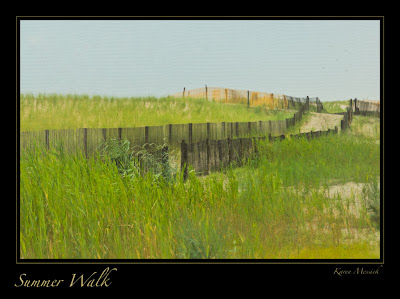