Today started early at Lucifer Falls in Robert H. Treman State Park for a little morning waterfall shoot. Lucifer Falls is grand but it was sunny so I picked some intimate areas in the shade to make some images. 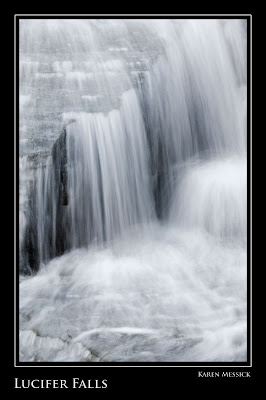 I also played around with some tree swipes against the rocky walls. 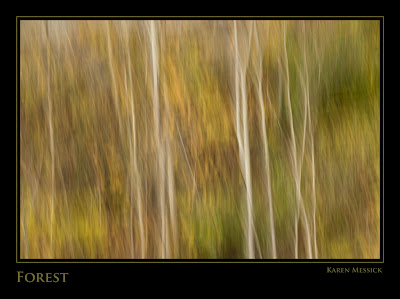 After the falls we had some breakfast and decided to take different routes. I headed for a wild life management area and the rest of the group headed for Montour Falls. I did some two tracking through the woods and came upon a beaver pond, and made some reflection shots there. The fall colors here are beautifully golden. 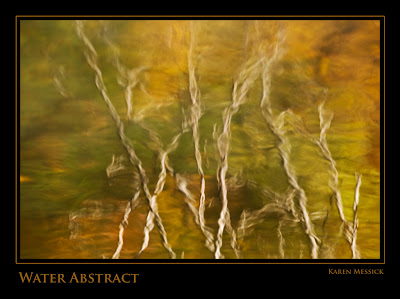 After rambling a little I met up with the group, at Montour Falls. There we split again, this time three of us headed to a vineyard and had some wine. It was a beautiful day again, blue skies, no clouds and nice fall temps. At the winery we goofed around with our wine glasses on the deck. 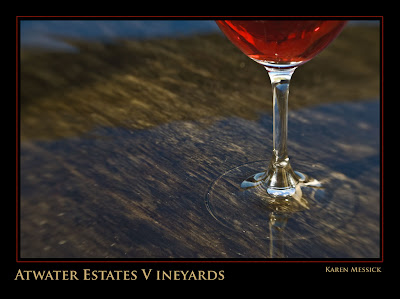 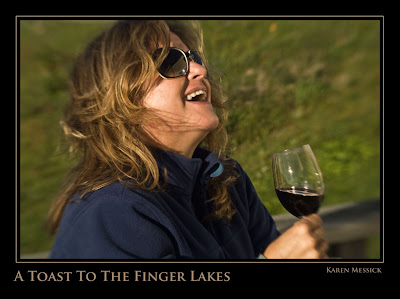 I used my Lensbaby and had some fun shooting my wine glass outside. Doc, who was working in the winery commented on my Lensbaby, and I asked how he knew about Lensbaby, and he said he had been photographing a long time and gave me his card. He shoots sports and is a photographer, at Watkins Glen. Check out his site. After the vineyard, we headed into some farmlands and was able to capture some harvesting in the fields at sundown. 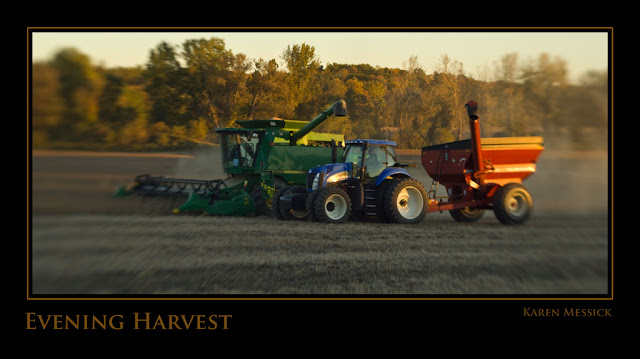 Email ThisBlogThis!Share to TwitterShare to FacebookShare to Pinterest
Labels: Fingerlakes